“Lucius: A Soldier’s Journey” from Christian Faith Publishing author Rev. Michael H. Lavery is a captivating tale of self-discovery, loyalty, and unexpected turns of fate that follows the life of a young soldier on a collision course with humanity’s salvation. 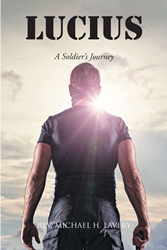 Rev. Lavery shares, “Lucius is a soldier of Rome. Lucius is a man of renown, from a family whose military lineage is as old as Rome itself. He is loyal to Caesar, a part of the iron fist that imposes Caesar’s will. Lucius is conflicted. On one hand, he serves Caesar. On the other, he loathes the power lust of an empire whose concept of peace always leaves another war to fight.

“Then there is the father of Lucius. A father who was taken from him early in his life yet, in such a short time, imputed to his son concepts that were anything but Roman—his hatred of slavery and his view that people were to be heard and respected rather than ruled. These concepts would forever forge the character of young Lucius.

“Lucius, now an old soldier, still seeks truth but wonders if it exists. But then comes the fateful reassignment that would put him on a collision course with the one who is the truth.”

Published by Christian Faith Publishing, Rev. Michael H. Lavery’s new book will captivate the imagination from the first page as an unexpected tale of faith unfolds.

Rev. Lavery paints a masterful picture within the pages of this enthralling flagship novel.

Consumers can purchase “Lucius: A Soldier’s Journey” at traditional brick & mortar bookstores, or online at Amazon.com, Apple iTunes store, or Barnes and Noble.

For additional information or inquiries about “Lucius: A Soldier’s Journey,” contact the Christian Faith Publishing media department at 866-554-0919.