S.R. Wood’s newly released “Dad’s Not Home Yet” is a stirring novel of pain, compassion, and resilience in the lives of three friends and their families

“Dad’s Not Home Yet” from Christian Faith Publishing author S.R. Wood is an emotionally driven account that shares the heartrending circumstances of three people with themselves and their families that involve forgiveness and acceptance. 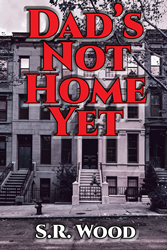 “Dad’s Not Home Yet”: an enthralling book filled with eventful drama in the lives of three men and their families brought about by a sudden loss, separation, and a yearning for healing and forgiveness from a harrowing past. “Dad’s Not Home Yet” is the creation of published author S.R. Wood, a loving daughter, a dedicated writer, and a devoted follower of Christ.

Wood shares, “Three young boys, two being brothers and the next-door neighbor, vowed to become the brothers three. Each had a matching neck chain inscribed to be worn as their pledge to each other.

“David, the youngest, called his mother and asked her to tell his dad he was ready to come home. ‘Dad’s not home yet. I will come get you.’ On her way to pick up David from school, she was T-boned in an intersection. Two days later, she died.

“David’s brother, Michael, was devastated and blamed God and his dad for his mother’s death. Michael formed a deep disdain for his father.

“David and his father relocated to South America. His father died in Rio, and David moved to California to complete his higher education to become a writer and teach creative writing. David developed a relationship with a young lady. David also had health issues. When the doctor recommended surgery, David was reunited with his boyhood friend and also reconnected with his brother.

“A reunion was planned, and David’s young lady friend invited two of her closest friends to join them for dinner. Romance developed. Life was filled with surprises and peaks and valleys. The excitement in the lives of these three couples will not only amaze you; they will thrill your heart.

“David’s brother was an attorney. His defense of a young man facing vehicular homicide charges will keep you riveted to your seat.

“A multimillionaire agnostic had a life-changing experience when he met Dr. Michael Worthington.

“‘Dad’s Not Home Yet’ is a thriller and a testament of reality. You will relate to the events in the lives of the brothers three.”

Published by Christian Faith Publishing, S.R. Wood’s new book is a journey exuding with faith and openness amid the haunting suffering of days past and deep-seated hurt.

Readers will surely learn resounding insights on the true essence of family, friendship, and redemption in times of trial.

View the synopsis of “Dad’s Not Home Yet” on YouTube.

Consumers can purchase “Dad’s Not Home Yet” at traditional brick-and-mortar bookstores or online at Amazon.com, Apple iTunes store, or Barnes and Noble.

For additional information or inquiries about “Dad’s Not Home Yet,” contact the Christian Faith Publishing media department at 866-554-0919.