TC Swindle’s newly released “Littledear's Lost Love: Love and Loss in Louis County” is an engaging romance with a twist

“Littledear's Lost Love: Love and Loss in Louis County” from Christian Faith Publishing author TC Swindle is a suspenseful, action packed tale of new beginnings found within a sleepy little town where locals are rocked by its newest resident’s past. 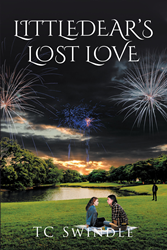 Swindle writes, “Jon Littledear picked up his phone to call his brother, Michael.

He told her, ‘I’m sorry, you have the wrong number.’

That was the first time Jon spoke to Tara. He dialed 731 when he should have dialed 931. Thus starting a friendship with corrections officer Tara Siminite that would last another five years. On Easter Sunday, they were texting back and forth when she stopped responding. Jon knew something was wrong and called his brother, FBI agent Michael Littledear, to go and check on her for him. Michael and his partner were not far from Tara on a case and did as they were asked. That’s when he learned her last name. They decided early to only use their first names, allowing them to be anyone they wanted to be. It had worked for them until now.

Jon was shocked to find that Tara and her family were involved in a drive-by shooting. Tara was the only survivor hanging on the life by sheer will. She threw them out of her hospital room believing they were part of the crew that had tried to kill her. Before they could retrieve Jon and return, Tara vanished from the hospital. Jon started an all-out search for her but came up blank.

Meanwhile, back at home in Louisville, CJ Terrie moved into the cottage next door. Jon saw that she was in trouble and wanted to help. But as feelings developed, Jon found himself in a hard spot. If only one can survive. Will it be CJ or Tara?”

With a cast of affable characters and an energetic storyline, Swindle’s new novel is certain to keep readers guessing. Being the first installment in a planned series, this tale sets the benchmark for tales of Louis County.

View a synopsis of “Littledear's Lost Love: Love and Loss in Louis County” on YouTube.

For additional information or inquiries about “Littledear's Lost Love: Love and Loss in Louis County”, contact the Christian Faith Publishing media department at 866-554-0919.