Today Close to One Million Youth, Mostly Female and of Color, Have Been Trafficked for Labor and Sexual Exploitation. 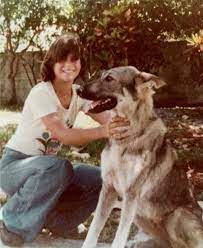 Marnie Grundman ran away at age 13 due to abuse and was trafficked across the U.S. working 12-14 hour days without pay and limited meals.

"The truth is that child abuse knows no boundaries. Abuse doesn’t take up residence in a home because of how big or small it is. And, 95 percent of human trafficking does not look like what it does in the media."

This year could be the worst on record for trafficked youth, while services to protect youth await appropriation. Freedom United, a US non-profit organization uniting the world’s largest anti-slavery and human trafficking community, has collected over 38,000 signatures petitioning congress. Freedom United is asking for the youth of America experiencing homelessness to be protected from trafficking, which Congress can do by passing the Runaway and Homeless Youth and Trafficking Prevention Act (RHYTPA).

Girls, young women, and people of color bear the brunt of youth homelessness and face a much greater risk of trafficking. In the U.S. for instance, according to the National Network for Youth, black youth face an 83 percent greater risk than White. Hispanic youth face a 33 percent increased risk and LGBTQ youth are more than twice as likely to have experienced homelessness as straight youth.

Homelessness is a human trafficking risk even for those not facing discrimination, although at a lesser level. “Many youth turn to homelessness to escape abuse and that happens in middle to upper income households too,” said Marnie Grundman, who ran away at age 13 due to abuse and was trafficked across the U.S. working 12-14 hour days without pay and limited meals.. “Somehow, we feel that these children are less likely to be suffering abuse – bad things don’t happen behind pretty doors. The truth is that child abuse knows no boundaries. Abuse doesn’t take up residence in a home because of how big or small it is. And, 95 percent of human trafficking does not look like what it does in the media.” Watch Marnie’s video.

The ‘shadow pandemic’ as the 8 percent recorded increase in domestic violence has been referred to, is linked to lockdowns and economic pressure. This has inevitably caused a spike in the number of young people feeling like they have little choice but to run away and face homelessness, and with it traffickers. Others have been forced to stay in vulnerable situations at rates never seen before.

“The number of our youth trafficked has almost certainly shot up this year,” said Joanna Ewart-James, co-founder and Executive Director, Freedom United. “Considering the pressure on households locked down during the pandemic, the spike in domestic violence, which combined with the financial pressures of the current economic crisis, is likely to have resulted in an increase in one of the most fundamental risk factors of youth being trafficked - homelessness. This risk is exacerbated by the lack of funding to services for homeless youth, leaving many more vulnerable to being trafficked for labor and sexual exploitation.”

Nearly one-in-five homeless youth in the U.S. have been a victim of human trafficking – inclusive of sex and labor trafficking or both. Those who make it into the care system still face increased risk as traffickers are recorded to target group foster homes.

HOW HOMELESSNESS LEADS TO TRAFFICKING

Youth experiencing homelessness are at risk of trafficking because they tend to experience a higher rate of the primary risk factors to trafficking: poverty; unemployment; a history of sexual abuse; and a history of mental health issues. Homeless youth indicated that they struggled to find paid work, affordable housing, and support systems that would help them access basic necessities.


Across the United States, there are only 3,459 dedicated emergency shelter beds and 8,189 dedicated transitional housing beds for the 4.2 million youth experiencing homelessness in a year.

NOTE TO EDITORS: Interviews are available upon request, as well as images.

ABOUT FREEDOM UNITED
Freedom United is the world’s largest community dedicated to ending human trafficking and modern slavery. The non-profit organization mobilizes a united community to create power for change by making the public key stakeholders in the ending of modern slavery by equiping millions of supporters with awareness, education and actionable ways to take action that drives change and influences businesses, governments and society to change conditions which allow slavery to thrive.