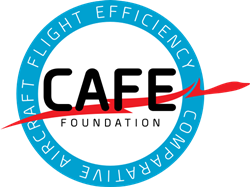 Three dozen of the world’s leading electric aircraft developers and technology experts will be speaking at the CAFE Foundation’s 14th Annual Electric Aircraft Symposium (EAS) which will be held online for the first time on July 28-30, 2020.

Electric and hybrid electric powered aircraft have the potential to significantly reduce air transportation costs, carbon emissions and community noise and enable new aviation markets. The CAFE Foundation and Vertical Flight Society have been working to advance electric aviation for many years and have partnered again for this year’s EAS.

“The electric-powered aircraft industry is gaining momentum and the Symposium provides an opportunity to get a comprehensive brief on the state of the industry and hear from the industry’s thought leaders,” said Yolanka Wulff, Executive Director of the non-profit CAFE Foundation. “In 2007, CAFE Foundation organized the world’s first Electric Aircraft Symposium to address emerging interest in electric propulsion, along with energy and climate issues. These meetings helped create the growing industry you see today.”

EAS is usually held in conjunction with the Experimental Aircraft Association (EAA) AirVenture in Oshkosh, Wisconsin, but EAS moved to a virtual format when AirVenture was cancelled.

“The Vertical Flight Society joined forces with the CAFE Foundation in 2018 to co-host the Electric Aircraft Symposium because we recognized that the electric vertical takeoff and landing (eVTOL) and conventional takeoff and landing (eCTOL) communities could learn a lot from each other,” said Michael Hirschberg, Executive Director of VFS. “For example, Distributed Electric Propulsion is a common element in most of these revolutionary electric-powered aircraft designs.”

Registration for the 14th Annual Electric Aircraft Symposium can be found at the Vertical Flight Society’s event registration website: https://vtol.org/eas

The 35-year old CAFE Foundation hosted the first electric aircraft symposium in North America in 2007. In 2011, the Foundation managed NASA’s Green Flight Challenge which was funded by Google. This US$1.35 million prize was awarded to Pipistrel USA for its winning 4-seat, electric-powered aircraft, the Taurus G4, which flew nearly 200 miles (322 km) non-stop, while achieving 403.5 passenger-MPG (171.5 passenger-km/l)! Its astounding efficiency was more than twice that of the piston-powered aircraft in the competition.

The Society also supported the initial development of the Uber Elevate White Paper and is a Partner of the GoFly Prize competition. Today, the VFS’s World eVTOL Aircraft Directory, http://www.eVTOL.news, is the definitive resource for the eVTOL sector.