Most of Hungary’s power demand is met through importation, and the country’s National Energy Strategy aims to increase its share of renewable sources of energy. This project will dovetail into the country’s efforts to reduce energy dependency and increase efficiency through the use of renewables, among others. 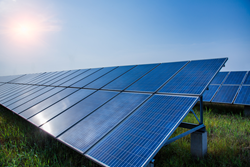 This solar project fits into Capital Corp's ongoing Green Energy Initiative, which has been active for well over a decade.

With the EU raising the price of lignite in an effort to reduce greenhouse gases and fight against climate change, the Hungarian government has decided to turn toward renewable energy as a source of power. With a view to increasing solar panels from 500MW to 30,000MW by 2022, Hungary is seeking to step away from coal and other fossil fuels towards more sustainable energy sources.

The 150MW (megawatt) project will be split into three groundmounted 50MW solar plants in targeted areas of the country using the best available solar PV technology on the market. These solar plants will then feed into the national grid as energy security and diversification of sources has become a priority issue within the country, and the EU at large.

This solar project is a perfect fit in Capital Corp’s ongoing Green Energy Initiative, which has been active for well over a decade.

Mr Gilles Herard, Jr, Capital Corp Merchant Banking’s Managing Director, structured the funding proposal for this project. Mr Herard is a seasoned Merchant Banker and has been in the banking industry for 38 years. He worked early in his career at the Toronto Dominion Bank (Canada) and later on joined Manufacturer Hanover (MH) of New York as Senior Credit Analyst. He eventually created his own Firm, Capital Corp Merchant Banking, where he syndicates and structures funding for top companies worldwide, all the while investing his own firm’s funds into the projects. As the head of Capital Corp Merchant Banking, Mr Herard has become a leading figure in international middle-market project financing and engineers all funding structures for projects at Capital Corp. Mr Herard has received numerous awards for his work and other contributions including being appointed to the Presidential Business Commission, Honorary Co-Chairman of the Business Advisory Council, nominated as Executive of the Year by the internationally acclaimed National Register’s Who’s Who, and having received the Senatorial Medal of Freedom, among many others.