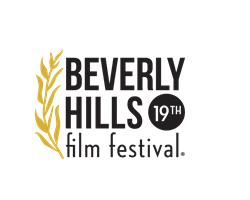 Medavoy’s stamp on cinema is iconic in every sense of the word, and it is the festival’s deepest honor to pay tribute to his legacy that continues to impact millions of people around the globe.

The 19th Annual International Beverly Hills Film Festival (BHFF) is proud to announce that it will honor iconic Hollywood film veteran and producer Mike Medavoy (“Black Swan,” “Zodiac,” “Miss Potter,” “Shutter Island”) with its Legends Award at this year’s Awards Gala. His lustrous career spans more than five decades—from agent to studio chief to producer, Medavoy has been involved with more than 300 feature films, of which 17 have been nominated and seven have won Best Picture Oscars, including “One Flew Over the Cuckoo’s Nest,” “Rocky,” “Apocalypse Now” and “Raging Bull.” In 1978, he co-founded Orion Pictures. More recently, he was an executive producer on Nat Geo’s “The Long Road Home.”

Festival president, Nino Simone, says, “If our incredible international 2019 line-up is an indicator of things to come, we’re going to have a stellar 20th Anniversary next year! This year’s fest is proud to have documentaries on Stanley Kubrick, Peter Sellers, Douglas Fairbanks and Sacheen Littlefeather—who made history in 1973 when she represented Marlon Brando to decline his Best Actor Oscar, in protest of Hollywood’s portrayal of Native Americans. We also have a record number of Premieres programmed—from established celebrities like Rosario Dawson, Jeff Daniels and two-time Oscar winner Nick Vallelonga who just won for “Green Book” to an impressive array of first-time directors! And it’s our greatest honor to be presenting the BHFF Legends Award to one of my personal film heroes, producer Mike Medavoy!”

The BHFF Legends Award has only been presented a handful of times in 19 years of running the festival. BHFF takes great pride in honoring inspirational pioneers that have deeply impacted film and the entertainment industry. In 2019, the Legends Award will be presented to legendary film producer Mike Medavoy at the Closing Awards Ceremony and Gala.

Simone adds, “Medavoy’s stamp on cinema is iconic in every sense of the word, and it is the festival’s deepest honor to pay tribute to his legacy that continues to impact millions of people around the globe.”

About BHFF
The annual International Beverly Hills Film Festival was founded in 2001 by award-winning independent filmmaker Nino Simone. The 19th annual event, taking place from April 3 through 7, 2019, is dedicated to showcasing and promoting non-studio films to the entertainment industry. Designed to bridge the world of premiere independent cinema with Hollywood, the festival hosts world-class screenings, networking events and industry seminars.