2007 Ford Ranger engines are now discounted for web sales at the Got Engines company. These used truck engines are part of new structures in price for purchases this year. 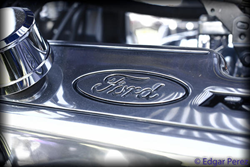 The 2007 series motors that we're selling this year are compatible with the five-speed and four-speed transmissions found in the Ranger brand.

Ranger trucks were recently discontinued as an active brand by the Ford Motor Company in the American market. Pickup truck owners can now buy replacement 2007 Ford Ranger engines in used condition direct from the Got Engines company online at http://www.gotengines.com/ford/rebuilt-ford-engines.html.

The 4.0 Cologne engine family represents the 2007 motors now for sale with a discount price attached. The single overhead cam design of these V6 motors provided Ford with a reliable unit that was used for a decade in the Ranger. The active sale prices in place are presented upon entry to the Got Engines website.

"The 2007 series motors that we're selling this year are compatible with the five-speed and four-speed transmissions found in the Ranger brand," said a salesman at the GotEngines.com company.

While the discontinuance of the Ranger in 2011 has affected truck sales, the Got Engines company has emerged as a top source to find complete motor assemblies. The late 2000s series motors as well as the Vulcan 3.0, Duratec 2.3 and 2.5 replacements can be found through research when visiting the website.

"There are different agencies that are inside of our exclusive network that have contributed to the inventory growth we've experienced in the past two years," said the salesman.

The Got Engines marketing practices have changed this year to expand the truck, SUV and car motors inventory to new areas of the country. To coincide with new sales practices, the company has included a toll-free contact line for customers at 1-866-320-1065.

The GotEngines.com company sells and services more than one thousand types of vehicle engines that are purchased by American buyers from the company website. The preowned vehicle motors that are shipped daily to buyers include U.S. and foreign vehicle company inventory. The GotEngines.com company uses all of its connections with the automotive industry to grow its business online each year. New quote systems are taking the place of price delivery by customer service agents.