When a zero-day exploit is successfully leveraged by hackers, the consequences can have far reaching effects, especially when they targeted flaw is in a popular program like Microsoft’s Internet Explorer browser, like the ones just recently patched. Unlike traditional antimalware solutions, the new Data Breach Response Toolkit (DBRT) by Global Digital Forensics gives IT security personnel the ability to identify and remediate threats like these without relying on an already known and documented signature. 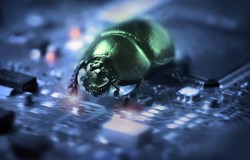 stealth is the main ingredient of any successful large-scale cyber attack or espionage campaign ... zero-day attacks are one of the most preferred malware delivery vectors due to their near invisibility

Earlier this week, Microsoft’s patch Tuesday was another headline making day, mostly because of multiple zero-day exploits that needed patching which could compromise users of every version of their popular Internet Explorer (IE) web browser. A zero-day exploit is a flaw in a particular program unknown to the developer or IT security industry that hackers can take advantage of to launch cyber attacks while essentially remaining invisible to any standard anti-malware solutions. In this case, including flaws that would allow for remote code execution. To finally combat zero-day attacks and other sophisticated hard-to-detect threats, even before they are identified, documented and patched, Global Digital Forensics (GDF) has recently introduced the new Data Brach Response Toolkit (DBRT).

“Advanced Persistent Threats (APTs) are a constant danger for any business that relies on digital information, and a major headache for IT security personnel around the world,” says Joe Caruso, founder and CEO/CTO of GDF. “They are typically the work of organized hacker groups, from state-sponsored cyber armies to unaffiliated cybercrime rings with deep pockets. The sophistication of attacks from these well-funded adversaries makes them both very effective for the attackers, and quite costly for their victims on many fronts. And since stealth is the main ingredient of any successful large-scale cyber attack or espionage campaign, zero-day attacks are one of the most preferred malware delivery vectors due to their near invisibility - because they have not yet been reported, documented and patched. This is the inherent flaw with typical anti-malware solutions; they rely on matching a signature, or footprint, against a database of only known threats. Zero-day attacks allow hackers to use the time from when they identify an exploitable flaw in a program’s code to the time it is finally discovered and patched as their window of opportunity, and sometimes that window can cover weeks, months, or more. We designed DBRT with this fundamental weakness in mind. DBRT doesn’t rely on known signatures to fight malware, it recognizes suspicious program behavior to expose what is actually being done and to whom, allowing IT personnel to identify an attack, remediate it, and inoculate systems enterprise-wide against reinfection, all from a single command and control console.”

How would a security solution like DBRT have helped against these latest IE zero-days?

“Take the headliner zero-day attack from this recent batch Microsoft just patched. The full explanation in IT security lingo of how they did it would involve discussions about watering hole attacks, timestamps, ROP chains (Return-Oriented Programming), the “gadgets” being used by ROP to build a program on the fly from the existing stack, obfuscation techniques, and the function of the in-memory payload itself. But in a nutshell, it comes down to hackers exploiting a zero-day flaw in IE to inject bits of code into memory that will allow them to build their end-game exploit on the system by using parts of other programs already running in memory, essentially piggybacking on them to remain completely invisible to standard anti-malware solutions. It’s actually pretty brilliant. But DBRT is not a standard anti-malware solution. With DBRT we watch everything that goes on in memory and therefore you could see the new information as it calls back and builds their programs (the gadgets used by the ROP), even though they aren’t actually in memory in the end. Again, it’s about analyzing and identifying behavior, not matching signatures, and the easy to use interface makes everything straight forward and easy to understand.”

Updating your cyber security posture to deal with today’s threats

There are some basic steps everyone should follow to significantly reduce the chances of being the victimized by most forms of malware, but APTs and zero-day attacks are often in a different class. They are among the hardest to stop using yesterday’s reactionary approach to IT security. They are the threats that can prove devastatingly destructive and costly to even the most recognized and technologically savvy organizations on the planet. That’s why the time has come for intelligent proactive solutions to change that balance of power. Traditional antivirus and anti-malware solutions may do a great job of handling the vast majority of cyber threats businesses face on a daily basis, but their radar is simply not designed to handle sophisticated threats like today’s APTs and zero-day exploits. That takes a next-generation proactive solutions like DBRT, designed by veteran cyber security experts that live in the trenches of the cyber battlefield every day and know how hackers work in the real world.

A 30 day trial version of DBRT is available for download though Global Digital Forensics.

*Global Digital Forensics is a recognized industry leader in the fields of computer forensics services, electronic discovery (eDiscovery), cyber security and emergency incident response, with years of experience assisting clients in the government, banking, healthcare, education and corporate arenas. For a free consultation with a Global Digital Forensics specialist, call 1-800-868-8189 about tailoring a plan which will meet your unique needs. Emergency responders are also standing by 24/7 to handle intrusion and data breach emergencies whenever and wherever they arise. Time is critical if a cyber-incident has occurred, so don’t hesitate to get help. For more information, visit http://www.evestigate.com.