The new chemical species of Santilli MagneCules and their applications were confirmed by the participants of the recent ICNAAM Conference in Greece. For details, please visit Sessions 44, 144 and 145 of the Conference (http://www.icnaam.org/sessions_minisymposia.htm). 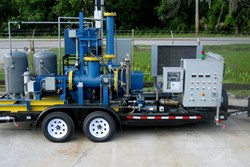 Fig. 1. One of the PlasmaArcFlow refineries built by Dr. Santilli, from a 50 kW Refinery on a trailer here shown to 0.5 MW floor mounted Refineries.

Dr. Santilli will be remembered as the scientist who allowed gas stations, car dealers or individual consumers to become producer of a clean fuel where and when needed.

The new chemical species of Santilli MagneCules and their applications were confirmed by the participants of the recent ICNAAM Conference in Greece. For details, please visit Sessions 44, 144 and 145 of the Conference. (http://www.icnaam.org/sessions_minisymposia.htm)

The new chemical species of magnecules was discovered in 1998 by the Italian-American Scientist R. M. Santilli about one hundred years following the discovery of conventional molecules. The new species consists of clusters comprising individual atoms, dimers and molecules bonded together by the new magnecular bond which is stable at ambient temperature but weaker than the molecular bond as a condition to improve combustion and decrease pollutants in the exhaust. The new species was discovered in the gas produced by electric arcs submerged in liquid wastes, and was detected via Gas Chromatographer Mass Spectrometers equipped with InfraRed Detectors (GC-MS/IRD) operated at the lowest possible detection energy, the lowest possible column temperature, the longest possible elusion time and other special settings. Clusters of the new species are fully detected in the GC-MS but they show no IR signature when the same clusters are tested with the IRD, thus establishing that they cannot be molecules. The participants of the ICNAAM meeting in Greece also discussed the reason conventional detections via strong ionization processes, high thermal means, lasers, and other means that are excellent for the detection of molecules, generally destroy magnecular species to be detected, rather than detecting them, due to their weak bond (http://www.santilli-foundation.org/docs/Santilli-113.pdf).

Following the initial discovery in 1998, Dr. Santilli conducted a decade of research and development, including the construction of a number of gasifyers known as "Santilli Plasma-Arc-Through^TM Refineries (Fig. 1). The produced gaseous fuel is known as "Santilli MagneGas^TM" and it is denoted with chemical symbol MG. All intellectual rights in Santilli PlasmaArcFlow Refineries and MagneGases, including patents patent applications filed by Dr. Santilli, trademarks, domain names, copyrights and know how, were acquired in 2007 by the U. S. public company founded by Dr. Santilli under the name of Magnegas Corporation whose stock is currently traded at NASDAQ under the symbol MNGA (http://www.magnegas.com).

Systematic experimental tests of Santilli magnegas via GC-MS/IRD have confirmed all features first identified by Dr. Santilli in 1998, including full identification in the MS but lack of signature in th IRD, anomalous adhesion; termination of the magnecular bond at their Curie temperature, and other anomalous features, stated Dr. Y. Yang (see Y. Yang, J. V. Kadeisvili, and S. Marton, The Open Physical Chemistry Journal Vol. 5, 1-16, 2013). Magnegas can be used as an additive to the combustion of fossil fuels in electric power plants to enhance power production while decreasing pollutants in the exhaust (Fig. 2), stated Dr. I. B. Das Sarma at the recent meeting in Greece. About 60% of thermal energy of fossil fuels is lost into combustible pollutants such as HC, CO and others. Hydrogen has a high flame temperature and speed, and magnegas contains about 65% Hydrogen. Hence, the use of magnegas as additive to fossil fuel combustion in electric power plants may burn the non-combusted pollutants in the exhaust and increase the produced electricity by at least 30%, while the cost of magnegas via the income producing recycling of liquid waste is minimal (http://www.santilli-foundation.org/docs/MG-MH.ppt).

Magnegas can also be used for: 1) The reduction of costs in the production of steel and aluminum due to its flame temperature double that of Natural Ga (NG) that reduces pre-heating times; 2) The storage in pressure tanks of renewable energies, such as those of solar or wind origin (Fig. 3), and its use for the production of electricity at peak demands during the day via conventional electric generators; 3) For metal cutting since magnegas cuts metals faster and cleaner than acetylene, while releasing during combustion no HC or CO by showing up to 12% breathable Oxygen in the exhaust and PlasmaArcFlow Refineries can be used for the sterilization and pasteurization of highly biocontaminated liquid wastes, such as pig manure, and its conversion into a sterilized and pasteurized organic liquid fertilizers, due to the sole use of the electric arc without any chemical additive, Dr. Santilli said (http://www.i-b-r.org/docs/Fuels-Magnecular-StructureF.pdf).