The broadening of quantum chemistry known as hadronic chemistry, and its applications to new clean burning fuels, such as Santilli MagneHydrogen and Hy-Fuels, will be studied at the international workshop organized by the Department of Chemistry of R. T. M. Nagpur University in India under partial support by The R. M. Santilli Foundation (http://www.santilli-foundation.org/India-Conf-2013.php). 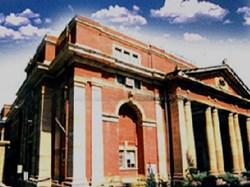 Fig. 1. A view of the main building of the R. T. M. Nagpur University in India.

There is no doubt that the hosting of this important workshop at the R. T. M. Nagpur University brings India at the forefront of knowledge not currently developed in other countries.

The broadening of quantum chemistry known as hadronic chemistry, and its applications to new clean burning fuels, such as Santilli MagneHydrogen and Hy-Fuels, will be studied at the international workshop organized by the Department of Chemistry of R. T. M. Nagpur University in India under partial support by The R. M. Santilli Foundation (http://www.santilli-foundation.org/India-Conf-2013.php).

Despite outstanding achievements, following the deepening of the study of chemical structures, quantum chemistry has shown clear limitations, such as the need for: a quantitative representation of the attractive force in molecular bonds; the exact representation of molecular binding energies from first principles; the identification of the attractive force between liquid molecules; a representation of the irreversibility of chemical reactions; an understanding of the multi-valued character of biological structures; and other open problems. To initiate the resolution of these and other problems, following the prior construction of the novel iso-, geno- and hyper-mathematics, the Italian-American scientist R. M. Santilli proposed in 2001 a sequence of broadening of quantum chemistry known as the iso-, geno-, and hyper-branches of hadronic chemistry (see the independent general review http://www.santilli-foundation.org/docs/RMS.pdf).

The international workshop on hadronic chemistry organized by the department of Chemistry of R. T. M. Nagpur University in India will review the achievements to date of hadronic chemistry and study a number of applications to new clean burning fuels, among which we mention: the new chemical species of Santilli MagneHydrogen which can be as pure Hydrogen as desired, yet have a multiple of the specific weight of conventional Hydrogen; and the proposed new fuels Hy-Gasoline^TM, Hy-Diesel^TM and Hy-Coal^TM, generically called HyFuels^TM, which consists of Hydrogen bonded to fossil fuels via the novel magnecular bond which is stable at ambient temperature, yet weaker than the conventional valence bond. Due to its high flame temperature and speed, this allows Hydrogen to burn the combustible contaminants in the exhaust of fossil fuels, such as Hydrocarbon, Carbon Monoxide and others ((http://www.i-b-r.org/docs/Fuels-Magnecular-Structure.pdf).

"Being a committed environmentalist, I developed the magnecular bond of Hydrogen with commercially available fossil fuels for the intent of assisting the petroleum industry to decrease the contaminants in their exhaust," states Dr. Santilli in his keynote lecture. "A problem for colleagues to detect magnecular bonds is that they generally use analytic equipment with detection energy set for molecular bonds that, as such, are generally bigger than the binding energy of magnecular bonds, thus destroying the very species to be detected. In fact, magnecular bonds have been conceived and realized to be stable at ambient temperature, yet being much weaker than molecular bonds as an evident condition to improve combustion, increase power output and decrease pollutants in the exhaust" (http://www.santilli-foundation.org/Santilli-India-2013.php).

The R. M. Santilli Foundation would like to express very special thanks and appreciations to the Honorable Professor Dr. Vilas S. Sapkal, Vice Chancellor of Rashtrasant Tukadoji Maharaj Nagpur University, not only for promoting this important international gathering of scholars at his campus, thus showing a vision which is bringing the R. T. M. Nagpur University as well as India at large as the main arena of new scientific developments and expected new technologies for the benefit of mankind (http://www.nagpuruniversity.org/).

All intellectual rights in Santilli magnecular fuels, such as Magnegas, MagneHydrogen and Hy-Fuels, including patents patent applications filed, trademarks, domain names, copyrights and know how, were acquired in 2007 by the U. S. public company founded by Dr. Santilli under the name of Magnegas Corporation whose stock is currently traded at NASDAQ under the symbol MNGA. For the intent of providing technical support to the petroleum industry, Magnegas Corporation has developed various analytic equipment specialized for the detection of magnecular bonds (http://www.magnegas.com).

The R. M. Santilli Foundation has been organized and funded for the support of fundamental advances in mathematics, physics and chemistry and for the promotion of scientific ethics and accountability. Dr. R. M. Santilli is the recipient of several honors, such as: scientific prizes from France, Italy, Nepal and other countries; the Gran Cross of the Sant'Agata order from the Republic of San Marino; the Mediterranean Prize also granted to Hillary Clinton, Prince Albert of Monaco , former France President Nicolas Sarkozy, Juan Carlos King of Spain, international architect Renzo Piano, and other personalities (see Dr. Santilli's CV at http://www.world-lecture-series.org/santilli-cv).

Fig. 2. A conceptual rendering of Santilli’s magnecular bond of one hydrogen atom to a conventional molecule.