In-demand research report “Near Field Communication (NFC) 2014-2024” worked out by IDTechEx Ltd has been recently published by Market Publishers Ltd. 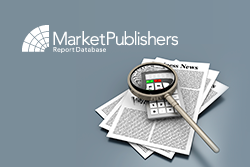 Following a pilot trial period, it was only in 2010 when the near field communication (NFC) technology hit the market. In 2011, only around 5% of the total mobile phones were NFC-enabled. In the same year, the market for NFC applications had about USD 7.7 billion revenues. Mobile payments make up the leading segment of the NFC applications market, with the ticketing and access control following the lead. North America and Europe are the leading regional markets for NFC chips. Meanwhile, Asia-Pacific is the most promising and fastest growing NFC market, which is led by such countries as China, South Korea and Japan.

The NFC applications market is likely to witness tremendous growth at a nearly 35% CAGR in the upcoming years, spurred by the rapid technology adoption and increasing application of NFC technology in mobile phones. The market revenues are forecast to surpass the USD 34.5 billion mark by 2016. By the same year, approximately 46% of the total mobile phones are expected to be NFC-enabled.

In-demand research report “Near Field Communication (NFC) 2014-2024” worked out by IDTechEx Ltd has been recently published by Market Publishers Ltd.

The report provides a comprehensive guide to the global NFC market and presents a detailed analysis of the existing and possible future applications of NFC technology. It delves into the competitive environment as well as reviews the leading companies participating in the market. The study discusses the important industry issues including security, licensing and standardization; characterizes the major NFC adoption trends; and also offers a market assessment by geography. Moreover, the report covers the NFC achievements and challenges, and provides a future forecast for the global NFC market through 2014.

More insightful research reports by the publisher can be found at IDTechEx page.