Santilli's Iso-, Geno- and Hyper-Mathematics Confirmed and Developed at the Recent ICNAAM Conference in Greece

The novel Iso-, Geno-, and Hyper-Mathematics proposed by the Italian-American scientist R. M. Santilli at the Department of Mathematics of Harvard University in the early 1980s were confirmed and further developed by the participants of the 2013 ICNAAM Conference in Greece (see the Schedule of Talks http://www.santilli-foundation.org/docs/Rhodes-2013-IsoMath-Schedule.pdf). 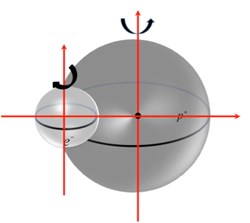 Fig. 1. A rendering of the neutron synthesis from a proton and an electron that can only be solved via

Santilli's Iso-, Geno-, Hyper- and Isodual Mathematics signal the birth of a new era for all quantitative sciences, Drs. I. Gandzha and J. Kadeisvili said in their 2011 monograph on Dr. Santilli's discoveries.

The novel Iso-, Geno-, and Hyper-Mathematics proposed by the Italian-American scientist R. M. Santilli at the Department of Mathematics of Harvard University in the early 1980s were confirmed and further developed by the participants of the 2013 ICNAAM Conference in Greece (see the Schedule of Talks http://www.santilli-foundation.org/docs/Rhodes-2013-IsoMath-Schedule.pdf).

Santilli IsoMathematics is characterized by the lifting of the trivial unit 1 of 20th century mathematics into a positive-definite, thus invertible, most general possible function, matrix, or operator with unrestricted functional dependence on time, coordinates, velocities, wavefunctions, etc, 1 => U(t, r, p, ...). Isomathematics is then given by the lifting of numeric fields, functional analysis, differential calculus, metric spaces, Lie's theory, topology, etc. into a form admitting U, rather than 1, as left and right unit. To illustrate the non-triviality, by assuming as isounit U = 3, the multiplication of 2 times 3 yields 2, rather than 6, and 4 becomes a prime number. The prefix "iso" indicates the preservation of conventional 20th century mathematical axioms under broader realization. By noting that Dr. Santilli is a physicist, the new IsoMathematics was proposed to solve a number of physical and chemical problems (such as the synthesis of the neutron, Fig. 1, electron valence bonds and others) that cannot be solved with conventional mathematics, said Dr. C. Corda at the conference (http://www.santilli-foundation.org/docs/Corda-iso-mathematics.pdf).

Santilli's HyperMathematics is characterized by the lifting of GenoMathematics in such a way to admit non-singular, thus invertible, genounits characterized by an ordered set of arbitrary values., R = {R1, R2, R3, ..., Rn}, and L= {L1, L2, L3, ... Ln}. In this case, the multiplication of 2 times 3 to the rights not only is different than the multiplication of 3 times 2 to the left, but each of them yields an ordered number of results, where the prefix "hyper" intends to denote the multi-values character of the mathematics within our three-dimensional space. HyperMathematics was proposed by Dr. Santilli at the Rendiconti Circolo Matematico Palermo, Suppl. Vol. 42, page 7-82 (1996) for the representation of biological structures (Fig. 3). The new mathematics have received in the past important contributions from the mathematicians H. C. Myung, Gr. Tsagas, R. M. F. Ganfornina, J. Nunez, J. V. Kadeisvili, A. Aringazin and others. At the 2013 ICNAAM Conference, the mathematicians T. Vougiouklis, N. Lygeros, B. Davvaz, P. Nikolaidou, S. Georgiev, A. S. Muktibodh, N. Schmidt, R. Katebi, and others developed HyperMathematics into the most general possible mathematics conceivable nowadays by the human mind via the lifting of its classical operations into hyper-operations (http://www.santilli-foundation.org/docs/Lie-adm-hyperstr.pdf).

"I believe that there cannot exist a truly new physical or chemical theory without a truly new mathematics, and there cannot exist a truly new mathematics without new numbers" stated Dr. Santilli at the conference. "Therefore, as a theoretical physicist, I spent most of my time in search of the new iso-, geno-, hyper and isodual numbers. The corresponding mathematics were constructed via mere compatibility arguments. Applications in physics, chemistry and engineering were possible only following the achievement in the late 1990s of mathematical rigor. "(http://www.santilli-foundation.org/docs/Rhodes-2013-III.ppt).

The R. M. Santilli Foundation has been organized and funded for the support of fundamental advances in mathematics, physics and chemistry and for the promotion of scientific ethics and accountability. Dr. R. M. Santilli is the author of about three hundred scientific papers in mathematics, physics and chemistry published in refereed journals around the world, the author of twenty post Ph. D. monographs, and the recipient of several honors (http://www.world-lecture-series.org/santilli-cv).

Fig. 2. An illustration of the irreversibility of fire that can only be consistently represented via GenoMathematics.

Fig. 3. An illustration of the NDA whose complexity can be best represented via the multi-valued hypermathematics