Santilli's IsoRedShift, IsoBlueShift and the Lack of Expansion of the Universe Confirmed at the Recent ICNAAM Conference in Greece

The experimental evidence on Santilli's anomalous IsoRedShift and IsoBlueShift of light without relative motion was verified and the consequential lack of expansion of the universe was confirmed by the participants of Sessions 44, 144 and 145 of the recent ICNAAM conference in Greece (see the Schedule of Talks http://www.santilli-foundation.org/docs/Rhodes-2013-IsoMath-Schedule.pdf). 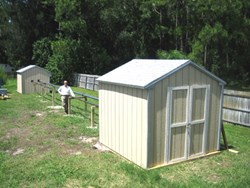 Fig. 1. The IsoShift Testing Station built in 1998 by Dr. Santilli at his laboratory in Tarpon Springs, Florida, that established the IsoRedShift and IsoBlueShift of laser light.

The experimental evidence on Santilli's anomalous IsoRedShift and IsoBlueShift of light without relative motion was verified and the consequential lack of expansion of the universe was confirmed by the participants of Sessions 44, 144 and 145 of the recent ICNAAM conference in Greece (see the Schedule of Talks http://www.santilli-foundation.org/docs/Rhodes-2013-IsoMath-Schedule.pdf).

The Italian-American scientist Ruggero Maria Santilli has dedicated fifty years of research to the study of interior dynamical problems, consisting of extended particles and electromagnetic waves propagating within physical media. Dr. Santilli first developed the novel IsoMathematics outlined in preceding PRWeb announcements, then developed the novel IsoGeometries for the representation of inhomogeneous and anisotropic media (such as our atmosphere,) and then constructed their symmetry today known as the Lorentz-Poincare'-Santilli IsoSymmetry. Thanks to these preparatory studies, Dr. Santilli predicted in 1991 that light propagating within a cold (hot) medium loses energy to (acquires energy from) the medium without any relative motion. The effects were called IsoRedShift (IsoBlueShift) where the prefix "iso" indicating the need for IsoMathematics for their derivation and invariance. Dr. Santilli constructed the IsoShift Testing Station in 1998 (Fig. 1) and presented experimental confirmations of his anomalous redshifts for laser light at The Open Astronomy Journal Vol. 3, pages 124,2010 (Fig. 2). Thanks to the assistance by the manufacturers of wavelength analyzers, Dr. Santilli then established experimentally that the redness of "direct" Sunlight at Sunset is an IsoRedShift because occurring without relative motion between Earth and Sun, see the Journal of Computational Methods in Sciences and Engineering, Vol. 12, pages 165-188, 2012 (Fig/ ). These studies provided experimental evidence on the lack of expansion of the universe, as well as of the related chain of far reaching cosmological conjectures, due to loss of energy by light to intergalactic media via a new atomic mechanism. The effect was originally suggested by F. Zwicky in 1929 although according to a scattering mechanism later disproved, and it is today called the Zwicky-Santilli effect. Due to the relevance of these discoveries, an experimental team of independent scientists confirmed in 2012 Dr. Santilli results with measurements conducted in th U.S.A as well as Europe and at Sunset as well as Sunrise (http://www.santilli-foundation.org/docs/IRS-confirmations-212.pdf).

During the 2013 ICNAAM Conference, Dr. S. J. Dhoble reviewed the mathematical, theoretical and experimental evidence on Santilli IsoRedShift and IsoBlueShift who confirmed their validity. Dr. Dhoble stated that the redness of direct Sunlight at Sunset or Sunrise is visual evidence on the lack of expansion of the universe. Dr. Dhoble also recalled the conjecture of the expansion of the universe and its acceleration implies a necessary return to the Middle Ages with Earth at the center of the universe because Hubble's law establishes the proportionality of the cosmological redshift to the distance for all radial directions from Earth." Dr. Dhoble additionally recalled the inconsistencies of said cosmological conjectures identified by Dr. Santilli (Fig. 3) because two galaxies at double distance from Earth requiring relative acceleration according to the conjecture of the expansion of the universe, while the same galaxies may be at the same distance from another observer in the universe, thus having no relative acceleration. Participants then confirmed that this inconsistency is not resolved by the far fetched conjecture of the expansion of space itself due to the dial acceleration from Earth (http://www.santilli-foundation.org/docs/Kohale.pdf).

"I believe that cosmology is today afflicted by a series of contradictory conjectures aimed at imposing the validity of Einstein's theory throughout the large scale structure of the universe. The consequence is the suppression of scientific democracy for qualified inquiries, the dismissal of dissident experimental evidence, and the misuse of billions of dollars in large scale experiments on controversial hypothesis without accountability to the taxpayers," Dr. Santilli said at the conference. "In this way, cosmology has produced a chain of far reaching conjectures non-verifiable on Earth, each ventured in support of a preceding untenable conjecture, all being afflicted by serious inconsistencies and disproved by experimental evidence on earth (http://www.santilli-foundation.org/docs/Kohale.pdf).

Fig. 3. Dr. Santilli's first scan of Sunlight establishing 100 nm of IsoRedShift in the transition from the Zenith to the horizon.

Fig. 4. An illustration of the equivalence of Santilli's IsoRedShift of Sunlight and the cosmological redshift establishing the lack of expansion of the universe.

Fig. 5. Santilli diagram establishing the inconsistency of the expansion of the universe because accelerations of galaxies are not the same for all observers in the universe.