In One Track Heart: The Story of Krishna Das the world renown chanter and former member of Blue Oyster Cult takes the viewer on a global and spiritual journey through his transformation from classic rocker fighting drug abuse and depression to a man who is saved by his music. From Long Island, New York to the Himalayan foothills, Krishna Das becomes a spiritual teacher and "Yoga's Rock Star," with his life story that inspires all of us to transcend the material limitations of our world to find true meaning in our lives. 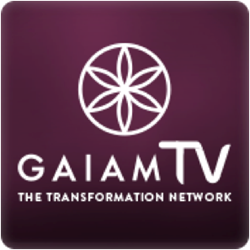 I realized that if I didn’t sing I would never be able to clean out the dark places in my own heart. -Krishna Das

The practice of chanting, also known as kirtan, is a style of Bhakti yoga, or devotional yoga. One of the best known kirtan practitioners is a 66-year-old New Yorker who goes by the name Krishna Das. In 1970, Jeffrey Kagel walked away from his American dream of rock ’n’ roll stardom as a member of Blue Oyster Cult, sold all his possessions and moved to the foothills of the Himalayas in search of happiness and the guidance of a guru named Maharaj-ji.

One Track Heart: The Story of Krishna Das follows Kagel’s journey to India and back, his struggles with depression and drug abuse and eventual emergence as Krishna Das – the Grammy-nominated kirtan master.

Krishna Das explains, “I realized that if I didn’t sing I would never be able to clean out the dark places in my own heart.”

"We know from our experience as a distributor that people who love spiritual films are not being served by the other major digital platforms and that Gaiam TV is doing a great job of fixing this. Therefore we're excited to be working with Gaiam TV on helping to bring One Track Heart to this audience. People that love world music, chanting, and yoga will, if they haven't already, come to appreciate Krishna Das' work and his own struggle to find peace through music and practice in this film. It's a perfect fit for all of us," said Ian Stimler, Head of Home Media, Zeitgeist Films.

“Gaiam TV is excited to provide this insightful and provocative journey to our viewers. This movie is just another example of how we bring mindful, eclectic and transformational content into your home,” said Paul Richardson, Gaiam Vice President of Marketing.

Featuring interviews with Grammy-winning producer Rick Rubin (Jay-Z, Tom Petty, Johnny Cash) and two-time Pulitzer Prize nominee Daniel Goleman among others, One Track Heart is the story of how one man’s journey continues to touch and inspire countless lives through his special style of music.

Gaiam TV is currently offering a free 10-day trial to explore One Track Heart and the rest of its vast library of videos and movies. Those who wish to subscribe to the service pay just $9.95 per month, and may cancel membership at any time. Like Netflix, subscribers may stream content on demand for viewing with no limits and no commercial advertising. Gaiam TV is available on a variety of platforms including iPad, iPhone and Roku.