Domain Ethics challenge Nominet to take action against domain speculators with hard statistics and ethics based arguments. Speculation in the upcoming release of short .UK domain names risks seriously impacting the trust, online experience and perception of British domains that Nominet have built up over the past years. 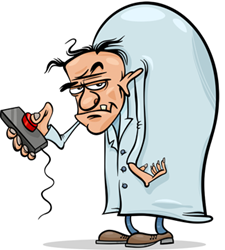 A dreadful place to be

"Out of all 1831 domains owned by UK's top 9 domain speculators, only one is used as a redirect and zero as websites", says domain specialist Markus Jalmerot

Domain Ethics discuss, showcase statistics and give ethical methods and recommendations for the proposed release of 2nd level (.UK) domains in United Kingdom. Over 60 million people are directly affected and like so many other markets, speculators are taking control of almost 91 % of all 1- and 2-letter domain names.

The 9 biggest short domain speculators in the UK owns 1831 out of 2094 1- and 2-letter domains, either .co.uk, .me.uk or .org.uk. Only 1 domain is in use, rt.co.uk, while the remaining 1830 domains are either parked or not resolving websites. The short domains were released in a public auction over two years ago and sold to the highest bidders amongst mainly corporations (.co.uk), organisations (.org.uk) and individuals (.me.uk).

Speculators second argument includes: "Further, there is a higher likelihood that in the time since the registration, the owner of the more expensive domain has invested more into the development of the domain’s brand and goodwill”.

No argument can be further from the truth. Out of all 1831 domains owned by UK's top 9 domain speculators; only one is used as websites or redirects. Not even a website is built on rt.co.uk, so there are no investments in development at all. Domain speculators only speculate, they don't develop names into websites. So their argument that the highest paid price most likely leads to make the highest use of a domain name is also false, unless a bad place to be with parked and dead websites counts as a higher use.

Domain Ethics on the other hand suggest using the greatest happiness principle for the greatest number of people to find out the suggested way forward. The organization suggests using felicific calculus, originally created by the British philosopher and jurist Jeremy Bentham.

After calculating pros and cons of various release methods for short .UK domains, Domain Ethics found that giving first refusal to short domain owners with websites or useful redirects gives the greatest happiness for the greatest number of people. Both the intensity, duration of the pleasure, certainty, fecundity and extent indicates that the average internet user would prefer landing on a website or one of the many relevant redirects rather than a parked website or not resolving domain. Over 90 % of all recognizable brands have created either a website or use redirects to their established website, while only 9 major brands don't use their short domains at all.

About Domain Ethics
Domain Ethics (http://www.domainethics.co.uk) attempt to bring a more ethical approach to the table. Markus Jalmerot, the founder of the organization, contacted David Pearce to get inspiration for a more ethical approach for a greater number of people. Domain Ethics open up discussions about more or less ethically justifiable principles and methods to make the possible launch of short .UK domains the fairest possible. More short info and statistics can be found at http://www.adreadfulplacetobe.org.uk or the earlier mentioned main site.