The recent hostage situation involving two Americans kidnapped by modern-day pirates off the coast of Nigeria is indicative of a larger security problem in that area, according to maritime piracy attorney Dennis McElwee. 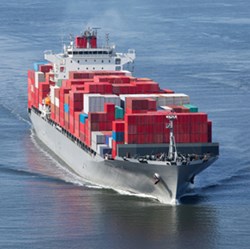 Maritime piracy attorney Dennis McElwee says a recent hostage situation off the coast of Nigeria is not an isolated incident.

Security in this region is often not sufficient. Unfortunately, maritime companies are not always taking the necessary precautions to protect crewmembers from this type of attack.

Maritime piracy attorney Dennis McElwee says the recent hostage situation off the coast of Nigeria is not an isolated occurrence in the region and represents a broader security problem.

The current case began Oct. 23, when armed pirates off the Nigerian coast boarded the C-Retriever, a 222-foot American-flagged supply vessel owned by Louisiana-based Edison Chouest Offshore, according to ABC News. The report says the pirates separated the crewmembers by nationality. Most of the crewmembers were released unharmed, but the ship’s captain and engineer -- both Americans -- were taken hostage.

On Nov. 12, the State Department reported that the two men kidnapped from the C-Retriever had been released after a ransom payment, according to ABC News.

As an experienced litigator in modern maritime piracy cases, McElwee and the law firm of Schechter, McElwee, Shaffer & Harris have handled similar hostage and piracy cases and note that piracy close to West Africa remains a problem for global maritime companies.

“Security in this region is often not sufficient,” McElwee said. “Unfortunately, maritime companies are not always taking the necessary precautions to protect crewmembers from this type of attack.”

There are many dangers of working at sea, but McElwee said that U.S. employers are obligated to take sufficient safety measures for their employees. Under U.S. maritime laws, when these companies fail to meet that standard, they may be liable for injuries, both physical and mental, and suffering experienced by their employees.

“When someone has been injured during a piracy attack, they may be able to seek compensation under maritime laws such as the Jones Act,” McElwee said. “If they have medical expenses, have lost wages or suffered other damages, the company can and should be held liable for failing to protect their workers.”

The maritime law firm of Schechter, McElwee, Shaffer & Harris has been helping injured workers for decades. With a combined more than 100 years of trial experience, the firm’s maritime piracy attorneys can help workers injured in pirate attacks as well as in other accidents at sea.

If you are a seaman, offshore worker, or port worker who has been injured as a result of another party’s negligence, speak with a maritime attorney today by calling 800-282-2122 to schedule a free consultation.