Ranker.com Named Among the “Top 100 Private Companies” by AlwaysOn Network

Entrepreneurial news network AlwaysOn recognizes Ranker.com as a leading site in the category of “Consumer Services.” The award recognizes Ranker as an innovative, consumer-facing entertainment site. 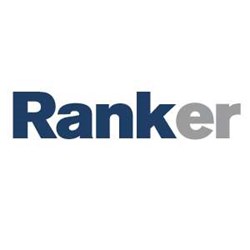 It's amazing to see our company grow throughout the years. It's fantastic to be honored in the same class as some of the biggest names in the industry.

Ranker.com, an online platform that hosts thousands of crowdsourced answers to opinion-based questions, was named a winner on the “OnHollywood 100 Top Private Companies” list in the category of Consumer Services. Ranker will be honored for this award alongside industry leaders Buzzfeed, Pinterest, Spotify and Snapchat in a ceremony in Los Angeles this November.

The winners of the OnHollywood Top 100 were chosen by the editorial staff of the AlwaysOn Network in conjunction with partners in the venture capital and investment communities and entertainment industry experts across the globe.

In a press release, AlwaysOn stated that they will honor these particular companies for “disrupting the establishment and creating viable business models for the digital entertainment marketplace.”

In recent years, Ranker.com has established itself as a prominent online destination for crowdsourced rankings and polls of everything—from the best DJs in the world to books that changed my life. Additionally, Ranker’s technology powers polls on over 1600 websites via a distributed widget. With people turning to the internet more than ever to ask questions, Ranker.com has become the destination for answers.

“It's amazing to see our company grow throughout the years,” exclaims Benjamin Dunn, longtime employee of Ranker. Says Dunn, “It's fantastic to be honored in the same class as some of the biggest names in the industry.”

About Ranker
Ranker was founded by Clark Benson, a lifelong entrepreneur with four prior successful startups. The last was eCrush, a top 10 online dating service (acquired by Hearst). Ranker is backed by Draper Associates, Rincon Venture Partners, Siemer Ventures, Chris Sacca/Lowercase Capital, Data Collective, BullPen Capital, TenOneTen Ventures, Tech Coast Angels and Pasadena Angels. With seed-level funding and no marketing spend, Ranker has built a complex, defensible platform where consumers go for the most credible answers (validated against traditional polling) to a broad selection of opinion-based questions, and 3rd party sites can use it to power their own.