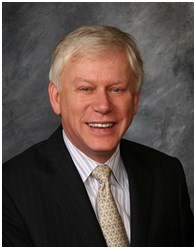 AirSage™ — a pioneer in population analytics and the largest provider of anonymous consumer locations and population movement intelligence in the U.S.— has appointed Alan Catherall as Chief Financial Officer (CFO). With more than 17 years of experience in similar roles within tech and wireless telecommunications firms, Catherall will lead AirSage’s finance and accounting departments to support accelerated growth. Catherall’s career includes significant transactional experience having raised more than $700 million and closed eight merger and acquisition (M&A) deals.

For 10 years—prior to joining AirSage—Catherall served as CFO with Numerex Corp., a leading provider of interactive and on-demand machine-to-machine technologies and services. At Numerex, he was not only responsible for all finance and accounting duties but also managed the human resources, legal and administrative functions as well.

Catherall received a MBA from Loyola College in Baltimore and his B.Sc. from the University of Wales. He is a member of both the American Institute of Certified Public Accountants as well as the Institute of Chartered Accountants in England and Wales.

About AirSage
AirSage™—a pioneer in population analytics—is the largest provider of consumer locations and population movement intelligence in the U.S. Each day, AirSage uses patented technology to capture and analyze more than 15 billion anonymous, real-time, cellular-signal data points to identify travel patterns and transportation trends. Partnerships with the nation’s largest wireless carriers give AirSage exclusive access to data from more than 100 million mobile devices. Analyzed and aggregated, AirSage data provides actionable insights into where and when people travel and is transforming the transportation industry, commercial enterprises and a diverse range of industries. Find AirSage online at http://www.airsage.com