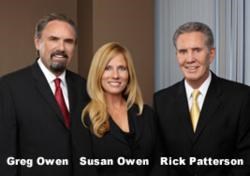 This four-year-old little girl will feel pain every single day of her life. I hope this verdict will help her with some of the challenges she will face.

According to court documents, On June 25, 2010, Mireyli Gomez was playing with her siblings outside of the apartment complex where they lived in a 300-square-foot rental unit. Court testimony shows the Defendant, Hugo Aguirre, had been drinking alcohol in the apartment complex’s parking lot. He subsequently got into his large SUV and backed his vehicle into the area where the children were playing.

Court documents show that all of the Gomez children escaped to safety except for Mireyli, who was run over by the rear tire of the SUV. Aguirre stopped his vehicle after he drove over Mireyli, then shifted into drive and rolled over her a second time, crushing her pelvis and causing her to suffer a multitude of very serious injuries.

As documented in court records, Aguirre fled the scene following the accident but was later arrested and convicted of hit and run (Gomez vs. Aguirre, Riverside County Superior Court Case # RIC1112097). Court documents further show that Mireyli Gomez’s severe injuries required multiple surgeries and a lengthy stay at Loma Linda Medical Center. Her medical bills to-date have totaled $714,964.74, and her future medical treatment is estimated to be in excess of $1.4 million. Attorney Greg Owen says the jury was out for just 40 minutes. They returned a verdict in Mireyli Gomez’s favor in the amount of $25 Million.

Auto accident attorney, Greg Owen, states, “This four-year-old little girl will feel pain every single day of her life. I hope this verdict will help her with some of the challenges she will face.”

About Owen, Patterson & Owen:
Since 1977, the Law Firm of Owen, Patterson and Owen has successfully handled hundreds of personal injury cases ranging from elder abuse, birth accidents and wrongful death. The team specializes in auto, truck and motorcycle accidents and serves clients nationwide. Headquartered outside of Los Angeles, California, the personal injury law firm’s effective consumer advocacy and demonstrated ability to devote superior resources have generated hundreds of millions of dollars in recoveries for their clients. For more information, please visit http://www.opolaw.com or call 800.676.5295.