According to Nutshell Realty, a Prudential Brokerages in Ulster County New York, foreclosure listings are the lowest they have been in 8 years. 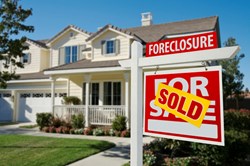 Nutshell Broker and owner Thomas Jackson says, "The increasing home prices and drop in homeowners owing more on their mortgage loans than the home is worth has been the number one reason for the decline in foreclosures."

Many foreclosures are due to the inflated years of the housing bubble in 2006 and because of tighter lending standards homeowners have had difficulty in refinancing or obtaining new loans. With the rise in property values and home prices, many homeowners are now able to either refinance or sell and gain a slight profit rather than be underwater in the properties mortgage.

Jackson states that there is still a lot of clean up to do, however. "We all need to learn from our mistakes; the housing and mortgage industries. We certainly don't want to cause any more housing crisis in the future."