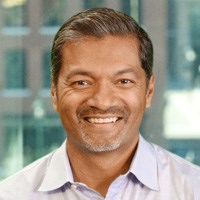 Dev's strong background in entrepreneurship, combined with his deep operational experience and his knowledge of cloud, SaaS, and enabling IT infrastructure, will make him a very valuable addition to the OpenView team.

“We are thrilled to welcome Dev to the OpenView team,” said Scott Maxwell, OpenView’s Founder and Senior Managing Director. “His strong background in entrepreneurship, combined with his deep operational experience and his knowledge of cloud, SaaS, and enabling IT infrastructure, will make Dev a very valuable addition to the firm.”

Prior to joining OpenView, Ittycheria was a venture partner at Greylock Partners, where he spent time learning the venture business at the leading early stage venture capital firm in Silicon Valley. Earlier, Ittycheria was the president of BMC Software, where he and his team radically transformed a maturing business to outperform the competition on all meaningful financial metrics. Before that, as the co-founder, president, and CEO, Ittycheria built BladeLogic, a next-generation systems management company, into one of the fastest-growing enterprise software companies of the last decade. The company went public in 2007 and was acquired by BMC in 2008. Ittycheria was also previously a co-founder and CEO of one of the first venture-backed cloud computing companies.

In addition to identifying new investments at OpenView, Ittycheria will also leverage his operational and leadership skills to help the firm scale for the next level of growth.

“I’m very excited to join OpenView,” said Ittycheria. “It’s a dynamic firm that has done a terrific job of differentiating itself in the industry because of its sharp focus on expansion-stage technology companies and unique team of full-time, value-add consultants. I believe OpenView is extremely well positioned to dominate an important investment category over the coming years.”

Ittycheria’s arrival continues the ongoing expansion of OpenView’s investment team. In August, the firm also welcomed Mackey Craven as an Associate from Bessemer Venture Partners, followed by Blake Bartlett, who joined as a Vice President from Battery Venture Partners in November. The team’s growth underscores the firm’s strong belief in the future of enterprise SaaS businesses.

Founded in 2006, OpenView raised its third fund in March 2012 and has since invested in five new SaaS companies. This week, the firm also launched a completely redesigned version of its website, available at http://www.openviewpartners.com.

OpenView Venture Partners is an expansion-stage venture capital fund based in Boston that is focused on high-growth software, Internet, and technology-enabled companies. Through its staff of seasoned operating executives, who collectively bring several decades of technology and management experience to the firm, OpenView is able to help portfolio companies quickly optimize their product, go-to-market, and organizational and operational functions. Founded in 2006, the firm invests globally and has approximately $445 million in total capital under management.