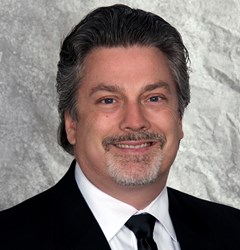 Trial Attorney, L.Todd Kelly helped his client to a $16.9 Million Verdict in a 2012 rape case in Texas.

I elected not to bring my client to trial so jurors would see her with the 7-year-old mindset instead of focusing on her age.Showing the jury who she was mentally, instead of her physical age was an important part of this trial.

Texas trial attorney, L. Todd Kelly, is being honored in the inaugural Texas lawyer Hall of Fame Awards for the $16.9 million verdict in Grimaldo v Mwancha (No 01-12-00630-CV, 405th District Court, Galveston County), a rape case involving a mentally disable woman, The Carlson Law Firm announced. According to the personal injury law firm, the Hall of Fame encompasses six different categories. Kelly is being honored under the category of Intentional Torts, the firm said.

The $16.9 million verdict stemmed from an incident where Kelly’s client, a disabled woman in her 40’s, was raped by a man who was transporting her to a St. Jude’s facility, where she was cared for. Despite the rape, the lawsuit alleged that facility employees attempted to cover up the incident, bribing the victim with treats.

“The most challenging part of the trial was that my client, who had been raped, was in her forties but had the mind of a 7-year-old,” Kelly pointed out. “As a result, I elected not to bring her to trial so that jurors would see her with the 7-year-old mindset instead of focusing on the appearance of her age. Showing the jury who she was mentally, instead of her physical age was an important part of this trial.”

Although Kelly is renowned among Texas trial attorneys, especially for his work in rape and sexual assault cases, his passion and connection with his clients sets him apart.

“You can’t help but feel Todd’s passion and fire for what he does when you speak with him,” Carlson Law Firm Managing Partner Craig Carlson said. “We’re so lucky to have someone on our team who puts everything he has into what he does. He really takes the time to get to know his clients and that’s something that really helps him convey their stories when a trial is necessary. He is so deserving of this honor by the Texas Lawyer Hall of Fame.”

While Kelly desires justice for the personal injury clients he represents, holding companies and individuals responsible for their negligence, his aid also helps his clients and their families seek closure after horrific events.

“Marta Cruz, the mother of the victim, had placed her daughter in this home to take care of her and felt guilty for it. This verdict helped give her some vindication,” said Kelly.

For more information about L. Todd Kelly, Grimaldo v Mwancha and the trial attorneys at The Carlson Law Firm, call 800-359-5690 or visit http://www.carlsonattorneys.com