President Barack Obama today announced a “fix” for his beleaguered health care law, allowing state health commissioners to allow the sale of insurance plans that don’t adhere to the mandates in the Affordable Care Act. The following statements from health care policy experts at The Heartland Institute – a free-market think tank – may be used for attribution. 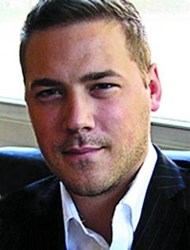 President Obama is flailing desperately for some path to solving a problem of his own creation.-- Benjamin Domenech, senior fellow, The Heartland Institute.

President Barack Obama today announced a “fix” for his beleaguered health care law, allowing state health commissioners to allow the sale of insurance plans that don’t adhere to the mandates in the Affordable Care Act.

The following statements from health care policy experts at The Heartland Institute – a free-market think tank – may be used for attribution. For more comments, refer to the contact information below. To book a Heartland guest on your program, please contact Director of Communications Jim Lakely at jlakely(at)heartland(dot)org and 312/377-4000 or (cell) 312/731-9364.

“President Obama is flailing desperately for some path to solving a problem of his own creation. The fact that plans people liked are being canceled is a feature, not a bug, of his national health care overhaul. Now he is attempting to beg insurers and state insurance commissioners to go along with a brazen, and likely illegal, attempt to play for time, extending 2013 plans into the next year. This would require an enormous amount of cooperation from insurers, and it is already being rejected as unworkable by Democratic insurance commissioners in many states.

“Ultimately, Obama’s fix is not a fix at all – it is just an attempt to shift blame away from the White House, which is where most of the blame for this debacle ought to fall.”

“First, kill the plans by regulations, then try to resurrect them? The whole idea of insurance depends on faith that the plan you are funding will continue to exist. Who can believe this now? Our access to care will depend on the whim of government until we declare independence.”

“The president’s speech today is the perfect metaphor for the legislation that will define his presidency: not ready on time and failing to deliver what it promised. The president has shown once again that Obamacare is not ready for prime time and neither is he.

“A creature of academia and community organizers, the president lives in a bipolar world: one world of theories to which he clings no matter what the facts, and one in which the forcefulness of demands – “What do we want? We don’t know. When do we want it? NOW!” – is the only thing needed to achieve any given goal.

“But facts are stubborn things, and in the end win out. The facts are that Obamacare was an ill-conceived and unworkable plan, poorly executed, and thus doomed to fail from the start. A Democratic president and Congress have put the nation through a great deal of turmoil for nothing. Let’s hope that whitehouse.gov/typhoon works a whole lot better than the Obamacare Web site.”

“President Obama’s proposal today at best only delays by one year the breaking of his fundamental promise to the American people, that if you like your plan you can keep it. It is also unclear whether this decree is even possible – forcing insurers to renew policies on short notice that they had long planned to eliminate because of the Affordable Care Act’s requirements may not be feasible for many or most of them.

“Between cancelled policies and a Web site that prevents people from signing up for new coverage, it is possible that millions of Americans will find themselves uninsured on January 1 solely because of this ill-conceived and poorly implemented law. It’s time to go back to the drawing board and enact reforms that put patients and providers at the center of health care, not politicians and bureaucrats.”

“President Obama’s ‘fix’ amounts to unilaterally rewriting a massive, integrated package of legislation adopted by Congress. The ‘fix’ amounts to new legislation – but enacted without Congress. The president has no constitutional authority to rewrite statutes, especially in ways that impose new obligations on people, and that is what the fix seems to entail. Indeed, Congress is working on legislation quite similar to the president’s fix, demonstrating the primarily legislative nature of these issues.

“President Obama did not specify what statutory authority, if any, he thinks authorizes him to make such dictats, and given the gargantuan length of the Obamacare statute, he might still be looking. Apparently, the president is claiming a broad enforcement discretion. It is true that the chief executive has some room to decide how strongly to enforce a law. But here, Obama is apparently suspending the enforcement of a law for a year – simply to head off actual legislation not to his liking.

“Indeed, the fix goes far beyond ‘non-enforcement’ because it requires insurers to take certain new action to enjoy the discretion. This is government by decree, not by law.

The Heartland Institute is a 29-year-old national nonprofit organization headquartered in Chicago, Illinois. Its mission is to discover, develop, and promote free-market solutions to social and economic problems. For more information, visit our or call 312/377-4000.