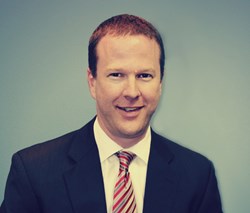 nChannel, creator of the cloud-based multi-channel management platform, announced today that its CEO, Steve Weber, participated in a roundtable discussion with the U.S. Commerce Secretary, Penny Pritzker, along with 11 other Columbus-area business leaders on November 18, 2013. Secretary Pritzker was in Columbus to discuss the U.S. Commerce Department’s Open for Business Agenda that complements President Obama’s broader plan to rebuild the economy.

During the roundtable discussion, Weber provided Secretary Pritzker with a brief description of nChannel and described two of the company’s greatest challenges:

These sentiments were echoed by many of the other leaders in the discussion.

After the roundtable, Secretary Pritzker outlined the Open for Business Agenda and addressed many of the concerns brought up by the business leaders earlier in the day, highlighting the recent efforts to strengthen the nation’s digital infrastructure with over 100,000 miles of broadband. She also described Columbus as a leader in innovation and said that it could serve as an economic model for other cities to follow.

The Open for Business Agenda is a bold new policy focused on three core areas: trade and investment, innovation and data. The agenda outlines several initiatives that are meant to show that the United States is “open for business” and squarely focused on jobs and economic growth. Secretary Pritzker is expected to announce more details of the plan in the coming weeks. Learn more at http://www.commerce.gov/.

Kenny McDonald, Chief Economic Officer of Columbus 2020, an economic development organization for the 11-county Columbus Region focused on generating opportunity and building capacity for economic growth, invited Secretary Pritzker to Columbus and also selected the area business leaders that contributed to the roundtable discussion. Lake Shore Cryotronics, Inc. hosted Secretary Pritzker and the participants at its facility in Westerville, a nearby Columbus suburb.

About nChannel
nChannel offers companies a complete suite of easy-to-use cloud-based solutions to manage their multi-channel environment including transaction synchronization, order management, item catalog syndication and master data management. nChannel’s cost-effective web-based subscription model enables companies to manage sales processes for both wholesale and consumer channels. Using nChannel, subscribers connect their existing financial, ERP and/or POS systems with any number of external online and offline stores including marketplaces such as eBay and Amazon. Publishers of software or cloud applications can develop connections to the nChannel platform to quickly provide integration to any other.

Open for Business Fact Sheet US Sec of Commerce