Libertarian Activist and Talk Show Host Adam Kokesh Released From Jail November 6; Wraps Up First Interview Since His Release With Coast to Coast AM Host John B Wells

Kokesh will return to court to face additional charges on January 17, 2014. 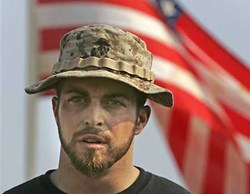 “I’m incredibly grateful for everyone who supported me during my recent challenges by volunteering, donating and writing letters to me in jail, and to the judge and the prosecutors. We will continue using this as a teachable moment...

Following his release from jail, Libertarian activist, Iraq War veteran, radio host and one-time Congressional candidate Adam Kokesh and his team are refocused on continuing to reach his supporters to influence improved civil liberties and expanded freedoms for all Americans. Kokesh was released from jail November 6 after pleading guilty to misdemeanor weapons charges. He also plead guilty to federal charges in Washington, D.C. He faces sentencing for additional charges on January 17, 2014. Kokesh gave his first live interview since his release on November 10 to radio talk show host John B. Wells on Coast to Coast AM, a nationally syndicated talk show which can be heard on KFI-AM in Los Angeles, WTNT- AM in Washington D.C., and WOR-AM in New York City.

For the past seven years, since his discharge from the U.S. Marine Corps, Kokesh has taken a lead role in publicly advocating basic civil liberties and participating in various demonstrations to highlight his beliefs in protecting personal freedoms. As a result, Kokesh has become an influential political figure as a Libertarian, gaining supporters nationwide. To further his reach, since 2011 Kokesh has independently run a talk show beginning on KIVA AM 1550 in Albuquerque, New Mexico and also disseminated his recordings via podcasts to inform his audience and share his views on political and social issues as they relate to the Libertarian platform. In addition to his talk show, Kokesh has remained an engaged activist who has led protests and rallies at various sites throughout the U.S.

“I’m incredibly grateful for everyone who supported me during my recent challenges by volunteering, donating and writing letters to me in jail, and to the judge and the prosecutors. We will continue using this as a teachable moment to illuminate the nature of government and spread the message of liberty, self-ownership, and civil rights,” said Kokesh.

With the assistance of his close friends, Kokesh managed to continue his radio podcasts and update his website from jail. Kokesh plans to continue informing the public by generating a national discussion on improving civil liberties while providing his perspective on the latest current events as they relate to Libertarian ideas. Kokesh and his team believe producing his podcasts and supporting the principles and values that Kokesh believes in will translate into greater American freedoms and equal rights for everyone.

Adam Kokesh being arrested at an anti-war demonstration

Adam Kokesh during his Congressional run

Adam Kokesh at a Iraq Veterans Against the War Protest