OnRamp announced today that Jack D’Angelo has been named Vice President of Finance and Corporate Development. 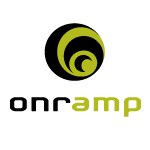 At OnRamp, Jack’s experience will help further scale our business to support the growing demand for OnRamp’s data center services.

OnRamp, a leading data center operations company with facilities in Texas and North Carolina, announced today that Jack D’Angelo has been named Vice President of Finance and Corporate Development. In this role, D’Angelo will oversee the company’s financial accounting and reporting, its relationships with providers of outside capital, and its M&A efforts within the data center services industry.

“We are excited for Jack to join our management team,” stated OnRamp President Ryan Robinson. “He has a proven track record in effectively managing strategic projects in finance and corporate development. At OnRamp, Jack’s experience will help further scale our business to support the growing demand for OnRamp’s data center services,” said Robinson.

Over the past year, OnRamp has announced several expansion projects. In Q1 of this year, OnRamp began construction on a second data center facility in Austin. The 42,000 square-foot data center will be the company’s third facility in the US. In addition, OnRamp announced the opening of its data center in the heart of Research Triangle Park in Raleigh, NC in February of this year. And, in Q3 of 2012, OnRamp completed a multi-million dollar expansion of its Austin I data center for colocation, managed cloud and high security hosting and disaster recovery customers.

About OnRamp
OnRamp is a leading provider of data center services with a focus on High Security Hosting for HIPAA and other compliance. OnRamp was founded in 1994 in Austin, Texas. As one of Texas’ first Internet operations companies, OnRamp’s history is rooted in providing reliable and secure connectivity that enables distributed computing. Today, OnRamp is a growing data center operations company that delivers the highest levels of security, redundancy, reliability and technical expertise for colocation, managed cloud hosting, cloud and disaster recovery backed by Full7Layer Support. http://www.onr.com