After the release of the Connecticut State’s Attorney report on the shootings at Sandy Hook Elementary School, mental health watchdog Citizens Commission on Human Rights says the report failed to provide the needed information on Adam Lanza’s mental health/medication history. 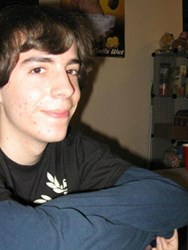 Since Lanza is deceased, there is no physician/patient privilege and, at a minimum, they should identify the psychiatrist and what the psychiatrist communicated to them about the course of treatment Lanza received. - Jonathan Emord

Although it is abundantly clear from the outset in the report released Nov. 25, 2013, that Sedensky believes that shooter, Adam Lanza, “had significant mental health issues…,” the State’s Attorney hides behind constraints of non-existent “privacy law limits” for his stated inability to provide the public with information about Lanza’s psychiatric drug use—a possible motive for his homicidal behavior, considering psychiatric drugs are well documented to cause violence, mania, psychosis, aggression and homicidal ideation.

According to the report, “efforts were made within the limits of privacy laws to gather information on medical consultations and/or treatments the shooter was involved with over the course of his years in Newtown.” But Jonathan Emord, the constitutional attorney representing the non-profit organization, AbleChild, in its efforts to have Adam Lanza’s autopsy, toxicology, and prescription drug records publicly disclosed, says he "doesn’t buy the excuse." He states, “Since Lanza is deceased, there is no physician/patient privilege and, at a minimum, they should identify the psychiatrist and what the psychiatrist communicated to them about the course of treatment Lanza received.” (See more about HIPAA here.)

Emord continues, “This report is a politically correct rendition that is safe for the administration,” explains Emord, “but it does not give the public a complete explanation. This is not surprising given their behavior throughout the litigation with AbleChild. They essentially took the same position that is the conclusory statement in this report—at the time of the event there is no evidence that Lanza was under any medication—and that doesn’t answer the ultimate question.”

In September of this year, the Connecticut Assistant Attorney General, Patrick B. Kwanashie, was questioned during the AbleChild Freedom of Information hearing regarding the request to release Lanza’s toxicology report. Kwanashie explained that the release of the report “would cause a lot of people to stop taking their medications.” What medications? If Lanza wasn’t taking medications, why would this be a concern to the Attorney General’s office?

There are several points in the report which beg the following questions:

Lanza’s mental health/medication history is key to establishing some reasonable explanation for this tragic event. CCHR says, "That the State of Connecticut has gone to extraordinary lengths to quash any and all legal efforts to have Lanza’s toxicology, psychiatric and medication records, only adds validity to the importance of this information. Of course, it’s anyone’s guess why the State failed to ask the appropriate questions. Emord, intimately familiar with the State’s on-going refusal to release Lanza’s complete mental health/medication record understands the implications."

CCHR states that whatever the reason, failing to address the obvious question is a disservice to the families of the victims and the people of Newtown.

Kelly Patricia O’Meara is a book author and former award-winning investigative reporter for the Washington Times, Insight Magazine. Prior to working as an investigative journalist, O’Meara spent sixteen years on Capitol Hill as a congressional staffer to four Members of Congress. She holds a B.S. in Political Science from the University of Maryland.