Palette Records, a pioneering new record label “created by artists for the artists," brings independent artists together under one banner so they can share ideas, reach new audiences, access Palette Music’s world-class studio and production resources, and ultimately elevate their career and creations to the next level. 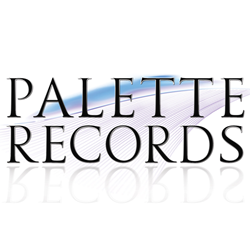 A record label created by artists - for the artists

Proactive and forward-thinking artists looking for a record label that empowers them to control their own interests, creativity and destiny -- and at the same time, enables them to collaborate with like-minded artists, find new ways to reach new audiences, and access world-class studio and production resources -- can stop searching, and elevate their career and creations to the next level by connecting with pioneering new record label Palette Records.

Conceived as a record label “created by artists for the artists" by co-founders Debra Lyn and Jeff Silverman, the founder of Nashville-based full service production studio Palette Music/Studio/Productions, Palette Records uses the United Artists’ model as its inspiration to bring independent artists together under one banner, so they can:

“Our goal at Palette Records is to promote `Art in Music,’ and give proactive and forward-thinking artists the platform, resources and support they need to succeed -- yet without forcing them to compromise their vision or sacrifice their independence,” commented Jeff Silverman, a music industry veteran whose nearly 40-year career has included stints as a touring and studio musician with artists such as Rick Springfield and Roger Miller, a Motown/LA staff writer, a music editor for film and TV, and an artist signed to the legendary Sound City Studios.

More information on Palette Records, including bios and samples from its growing roster of artists, is available at the link below. Radio stations can also access tracks and albums at http://airplaydirect.com/paletterecords.

For additional information including media inquiries, contact Jeff Silverman at (615) 681-4061 or via http://paletterecords.net/contact.

Conceived as a “record label created by artists for the artists" by Palette Music’s founder Jeff Silverman and award-winning singer/songwriter Debra Lyn, Palette Records promotes `Art in Music’ by bringing independent artists together under one banner so they can share ideas and support each other in a spirit of cooperation and collaboration; find new and better avenues and channels to bring their creations to the world; access Palette Music /Studio/Productions’ world class studio and production resources; and ultimately elevate their careers and creations to the next level.

Palette Records is also proud to be affiliated with renowned award-winning cinematographer Jace Smith, who has worked with Guns ‘n Roses, Paula Abdul, Toto, Alice Cooper, Great White, and is currently working with Debra Lyn on videos for her upcoming CD “A Cold Wind Blows.”

The “ONE DAY FROM SOMEDAY” Project featuring Michael PetersonComing soon on Palette Records!