ChemistDirect experts offer advice on how to combat cystitis this winter

ChemistDirect health experts offer advice on beating cystitis this winter. This includes information on symptoms, steps to take to help prevent a reoccurrence, and when sufferers should seek advice from their GP. 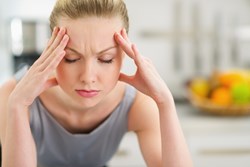 Women should always ensure that they empty their bladder properly, and may find that regularly drinking cranberry juice can help to prevent an attack.

Cystitis is inflammation of the bladder, usually caused by a bladder infection. Although both men and women can get cystitis, it is often more common in women because they have a short urethra, which makes it easy for bacteria from the anus to reach the bladder and cause an infection. (http://bit.ly/9EZxSJ)

Marian Nasr, pharmacist at ChemistDirect said: “Symptoms of cystitis include pain, burning or stinging when urinating, needing to urinate more often and urgently but passing only small amounts, dark, cloudy or smelly urine and feeling unwell, weak or feverish.”

“However, if a patient thinks they have cystitis for the first time, has blood in their urine, a high temperature, is in a lot of pain or is pregnant – they should see their doctor,” adds Ms Nasr.

A sudden onset of cystitis may also be caused by the weather change particularly when it gets colder. Anyone who may be susceptible to cystitis should ensure they are protected from the cold weather by wearing warm clothing, and insulated shoes. (http://bit.ly/1eGwiH6)

During an attack, sufferers are advised to drink plenty of water and to take over the counter painkillers such as paracetamol or ibuprofen, which can help to reduce pain and discomfort. They should also avoid alcohol and abstain from sex until the infection has cleared up. (http://bit.ly/18NxR4X)

In order to prevent a recurrence of cystitis, there are a number of steps which sufferers can take, such as avoiding perfumed bubble bath or soap, wearing cotton rather than synthetic material, and avoiding wearing tight clothes.

Ms Nasr added: “Women should always ensure that they empty their bladder properly, and may find that regularly drinking cranberry juice can help to prevent an attack.”

Anyone who has suffered from a bout of cystitis more than three times a year is advised to make an appointment with their GP.