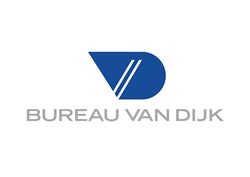 It is not unusual for M&A activity to decline in the lead-up to Christmas as companies assess their objectives and strategies for the year ahead.

The value of transactions targeting companies based in North America during November decreased by a third from October’s result and marked the second consecutive monthly decline.

There were 951 transactions worth a combined USD 69,502 million during the four weeks compared to USD 101,766 million the preceding month and marks the lowest result since March 2013, when USD 54,185 million was recorded.

While November lacked the mega-deals of previous months, there were still some big-ticket transactions and the two highest were both in the oil and gas sector.

Lisa Wright, Zephyr director, said: "It is not unusual for M&A activity to decline in the lead-up to Christmas as companies assess their objectives and strategies for the year ahead. Despite the overall decline in M&A value within North America, the picture in Canada is surprisingly bright and we have to hope that this impetus will transfer across into deal-making in the US in the months ahead."

The value of private equity and venture capital (PE and VC) deals targeting North American companies weakened for the third month in a row to USD 9,791 million and was also lower than the same time a year ago. While this was true of the US, Canada bucked the trend and value hit USD 2,003 million, the country’s second highest result of the last 12 months.

For the full M&A Reports from Zephyr, please visit mandaportal.com.

Zephyr contains information on over 1 million deals. Approximately 75,000 deals are added each year depending on levels of deal activity. Zephyr has no minimum deal value. All deal information is translated into English. Zephyr's UK-based researchers speak 40 languages and use native language and English sources in their deal enquiries.

The M&A Portal is a resource for anyone interested in M&A Deals intelligence and information. We host M&A news, deal commentary, features and research papers written by experts across the globe.