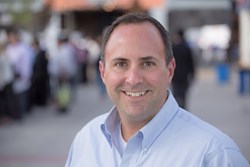 Non-profits contribute so much to our communities. Through Commitment to Community, MOB Advocacy will help our communities by strengthening those organizations.

MOB Advocacy, a state and local government relations firm based in Fairfax, Virginia announced today that it is launching a new pro bono program, Commitment to Community. Beginning January 2014, MOB Advocacy will contribute at least 5% of its billable hours or at least 100 hours per principal or associate to serve non-profit clients.

“The holidays are a time to give back, and Giving Tuesday is the perfect time to announce our Commitment to Community program,” says Michael O’Brien, founder and principal of MOB Advocacy. "Non-profits contribute so much to our communities, and often don’t have the spare resources to advocate for themselves or on behalf of those they serve. Through Commitment to Community, MOB Advocacy will help our communities by strengthening those organizations that serve our communities.”

MOB Advocacy is looking for projects to truly make an impact, either in the community or within an organization. Projects could include direct lobbying programs, passing model legislation in multiple states, launching grassroots advocacy campaigns or training staff and board members on how to build or improve an advocacy program. Organizations do not need to have full project proposals to apply.

MOB Advocacy specializes in state and local government relations. We know how important state and local government support is to help non-profit organizations fulfill their missions and help their communities. “Sometimes it's financial support through budget appropriations, or passing legislation that may save lives,” says Michael. “But sometimes it is something simple such as passing a resolution recognizing the important work a non-profit organizations and staff are doing every day,” he adds.

Organizations interested in applying to be part of the Commitment to Community can reach out through MOB Advocacy’s website at http://www.mob-advocacy.com/CONTACT_US.html. Initial selections will be made in January 2014.

MOB Advocacy's clients range from established corporations, tech start-ups, nationally recognized non-profits and advocacy groups. Our clients chose us because MOB Advocacy offers the full range of solutions of a large government relations firm with the personal service of a boutique firm. MOB Advocacy helps its clients to navigate the complex world of state and local legislative and regulatory affairs, procurement bureaucracy and appropriations processes to achieve organizational goals.