Kevin Poorten, president and CEO of KishHealth System in DeKalb, has been elected to serve as the chair of the Illinois Hospital Association’s (IHA) Board of Trustees for 2014. 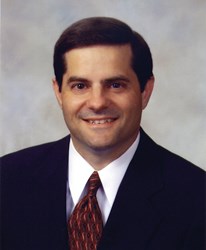 Kevin Poorten, president and CEO of KishHealth System in DeKalb, has been elected to serve as the chair of the Illinois Hospital Association’s (IHA) Board of Trustees for 2014. Poorten’s one-year term, including chairmanship of the board, will take effect on Jan. 1, 2014.

Since 2005, Poorten has been an active IHA member. He has chaired IHA’s Transforming Illinois Health Care Task Force, IHA’s Workforce Task Force, and IHA’s Finance and Audit Committee. He also has served on IHA’s Strategic Planning Committee, and the Medicaid Reform and Certificate of Need Task Forces. In 2014, Poorten will also chair IHA’s Executive Committee, which he has served on since 2012.

“The Illinois Hospital Association provides great leadership, and is a voice for hospitals and healthcare providers throughout the state. It’s been a privilege to be part of the IHA for a number of years, and now I’m honored to have the opportunity to serve as Chair for the next year,” said Kevin Poorten.

Poorten has been the president and CEO of KishHealth System since 2002, following a 19-year stint with health systems in Arizona and Tennessee. He has a master’s degree in health services administration from Arizona State University and a bachelor’s degree in business administration from Marquette University. In 2010, Poorten earned Fellow status with the American College of Healthcare Executives (ACHE), an international professional society of more than 30,000 healthcare executives who lead our nation’s hospitals, healthcare systems, and other healthcare organizations. He serves on an ACHE Regional Board as well.