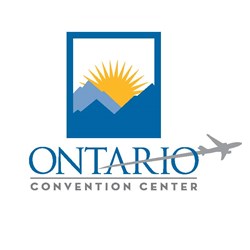 This will be the only auto show in the region with all the new releases available.

With a brand new name, new website and new dates, the former Inland Empire International Auto Show has taken on a completely new identity. Now called The Auto Show Inland Empire with the slogan “Let the Good Times Roll”, this event will debut May 16-18 at the Ontario Convention Center.

The show dates will now remain the weekend after Mother’s Day in May. Auto show producer Stacey Castle of Castle Communications, Inc., took over the event last year and said there were many compelling reasons behind the date shift. “This makes The Auto Show Inland Empire the last large-market auto show of the season, which should enable us to secure the vehicles that have been released during the entire auto show season - which effectively ends with the New York Auto Show in April.” She continued, “As all the other Southern California auto shows will have occurred much earlier in the year, this will be the only auto show in the region with all the new releases available.”

Michael Krouse, President/CEO of the Ontario Convention Center and Greater Ontario Convention and Visitors Bureau, thinks this will become an important Southern California automotive event. “This will be an amazing consumer show to bring to the Inland Empire. With the ability for people to see some vehicles that weren’t at the Los Angeles Auto Show as they had not yet released, we are expecting to draw from people all over the greater Los Angeles area.”

The final build out on the show will include several sprung structures adding over 35,000 feet of display space. With eleven different ride and drive courses available The Auto Show Inland Empire will be extremely interactive. “It is important that the consumer not only be able to see the cars but also to get behind the wheel. The size of the Ontario Convention Center lends itself well to both the inside and outside experience,” said Castle.

Krouse closed with the comment, “Stacey is known for putting on a gorgeous and dynamic automotive event. We are looking forward to augmenting her exceptional inside layouts with our beautiful convention facility.”