Access Intelligence announces that Doyle Beneby, President and Chief Executive Officer of CPS Energy, the largest municipal electric and gas utility in the nation, will take part in ELECTRIC POWER 2014, which takes place in New Orleans, LA, April 1-3. Beneby will participate in the annual Industry Leaders Executive Roundtable on the morning of April 2 at the Ernest N. Morial Convention Center. 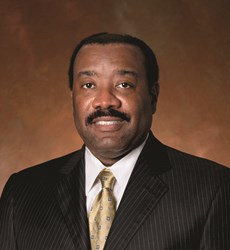 Since joining CPS Energy in August of 2010, Beneby has led the transition to a lower carbon intense generation fleet, utilizing clean coal, natural gas and nuclear combined with renewables such as wind and solar. He has also brokered partnerships with multiple clean technology companies, bringing thousands of jobs to the Greater San Antonio, TX, area, increasing research and development and enhancing educational investments.

A veteran of the energy industry with more than 25 years of experience, Beneby has expertise in many facets of the electric and gas utility industry including strategic planning, generation and delivery operations and asset acquisition. Prior to joining CPS Energy, he served at Exelon Corp. from 2003 to 2010, most recently as Senior Vice President of Exelon Power and President of Exelon Corp. From 2008 to 2009, Beneby served as Vice President, Generation Operations for Exelon. Prior to that, Beneby served as Vice President, Electric Operations for PECO, a subsidiary of Exelon.