With Uruguay having made marijuana legal, other countries may be looking to follow their example and bring the War on Drugs to an end. This will, in turn, change how drug detox is implemented and drug addiction is treated. 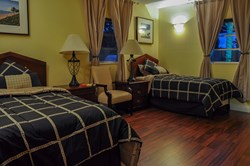 "We feel that this is the first step toward creating a better future where drug addiction and drug abuse is treated as the health problem that it is rather than just resorting to incarceration,” said Robert Niznik, Harbor Village CEO.

As reported by CNN.com on December 10, seen here, Uruguay has taken steps to begin the legalization of marijuana, making it the first country in the world that would decriminalize the drug completely. This move will allow the government to completely regulate, tax, and sell the drug, and in so doing undercut the profit that narcotraffickers and drug lords have been capitalizing upon for years, although the potential social benefits have not gone unnoticed, not the least of which is a change in the way drug detox is viewed.

"This is not about being free and open. It's a logical step. We want to take users away from clandestine business. We don't defend marijuana or any other addiction. But worse than any drug is trafficking,” said Jose Mujica, the President of Uruguay to The Guardian.

With few people seeing a point in continuing the War on Drugs anymore, this marks a monumental shift in the paradigm of how people view drugs. The United States could stand to save just over $13 billion every year if they were to follow suit in a similar fashion as Uruguay. Legalization has been another ongoing battle, and although it has its opponents, people are beginning to change their minds, looking for new sources of revenue.

With this new change coming into effect, this could mean that there will be similar changes in other countries, thereby promoting an end to the War on Drugs once and for all. An ongoing conflict since 1971, it has cost a trillion dollars and the lives of many people. The only effect that the War on Drugs has seemingly had is to drive prices down and increase the purity of the drugs being distributed while actually increasing the strength of the drug cartels, which, of course, is the complete opposite of its intended goal, as evidenced by the increasing numbers of people entering to drug detox centers for treatment and countless news reports over the decades.

When someone is struggling with a drug addiction, it is crucial that they seek out the professional counseling and assistance offered at a qualified detox center such as Harbor Village. A 24/7 medically supervised facility, Harbor Village allows their clients to undergo private drug treatment in a luxurious and secure, state-of-the art environment. Located in South Florida, clients are welcomed with upscale accommodations including a suite with satellite television, 30,000 square feet of outdoor lounge area, spa, salon, massage and acupuncture services, Internet and NetFlix access, nutritious, gourmet dining, private limo pickup and transportation to anywhere in Florida and a results proven plan for recovery.

“Drug abuse can create many health issues and cause you to lose everything. We feel that this is the first step toward creating a better future where drug addiction and drug abuse is treated as the health problem that it is rather than just resorting to incarceration. It’s time for a new beginning,” said Robert Niznik, Harbor Village CEO.