In a recent interview, songwriter Randy Brooks talks about the story behind his holiday classic "Grandma Got Run Over By A Reindeer," his upcoming trip to Nashville, and his CD release "Randy Brooks' Greatest Hit." - source Songwriting and Music Business dot com 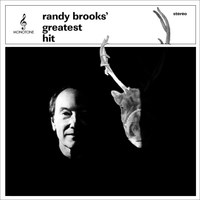 If you’re going to be a one hit wonder, make it a Christmas hit, cause it’s just incredible the way it keeps coming back.

“Grandma Got Run Over By A Reindeer” is a favorite holiday song of millions of people. Written by Randy Brooks in the ‘70s, the group Elmo and Patsy recorded it and sold copies of the 45 record single from the stage.

In a recent interview, songwriter Randy Brooks talks about how the song changed his life. “I always say to people, if you’re going to be a one hit wonder, make it a Christmas hit, cause it’s just incredible the way it keeps coming back,” laughs Brooks who claims his holiday classic is a little bit fact and a little bit fiction.

Randy claims the impetus for the song came from listening to Merle Haggard’s “Grandma’s Christmas Card” and thinking what a dirty trick it was to get the audience attached to the beloved family member, knowing all along that she was bound to die at the end of the song, as was the fashion in 1970s Country music.

Brooks said, “If Grandma’s going to be dead, tell the listener that, be honest with them in the first line of the song and then see if you can still come up with three verses and a chorus.”

The verse details, Brooks says, are drawn from his memories of early childhood holiday experiences with his family. “I thought about my grandmother. She liked her bourbon, and every once in a while we worried about her driving home… and she did wear a wig.”

Brooks just released a CD called “Randy Brooks’ Greatest Hit,” a collection of funny songs he has penned over the years.

You can catch Randy Brooks performing his holiday classic and other tunes on WSM and BlueHighways program The Music Row Show on Sunday, December 15 7-9PM CST, at the Durango Songwriters Showcase at Santa’s Pub on December 19th, and at the world famous Bluebird Café on December 20th at 6:30PM.

Read the full length interview and link to Randy’s “Greatest Hit” at http://songwritingandmusicbusiness.com/articles/Grandma_Got_Run_Over_By_A_Reindeer_Randy_Brooks/