Social Networks have changed the world in many ways and some would argue that most of them are bad but when YOBSN entered the Arena with its unique brand of Social Network things really started to change. Its once small charity component has exploded and taken on a life of its own. 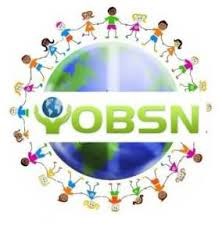 'Each one of us has the power to be the change we want to see in the world, making the world a better place.' - Naveen Jain

If there is one thing that you can say about Smart Media's Social Network, YOBSN it is that it is truly different. But what else could you expect from a company who's motto is to make the world a better place. Every one of Smart Media's products contributes to that very idea but nothing stands out more than its ability to help support good causes and to help raise money, awareness and promote a spirit of charity.

YOBSN stands out from other social networks with 2 major differences from other social networks. First is that it is private. Not like some exclusive club that only select people can use but one in which the information that users share is only seen by the people that they user shared it with. It is not crawled by spiders and none of the information ever shows up in any search engine. When YOBSN was created few people would have believed that privacy would turn into such a huge issue and that all the things users did in the past would some how come back to hurt them.

The second major difference is that it is not owned by one corporation like other social networks but is actually owned by 10's of thousands of people across the globe. YOBSN is a network of smaller social networks that are seamlessly linked together to form one massive social network among other things that it offers. Anyone using YOBSN actually enters into it through a privately owned portal. That portal is branded by the individual or business that owns it. Just like any other Social Network when people use it Smart Media makes money but here that money is shared with every single YOBSN user from the portal owner itself to the free user.

While 2% of all funds go to charitable causes it is YOBSN itself that is really bringing in the benefits for these causes. Charitable organizations can give their YOBSN portal to their supporter and actually raise money for their cause without their supporters ever spending any money. Since YOBSN offers so many great free items for it's users like games, movies, computer classes, an online University, the ability to win cash and prizes, users often share the portal with their friend's. Since the portal is branded to that charity it virally raises awareness for that particular business or charity. This unique way of raising awareness is not just a onetime thing. Users are reminded of the cause or business whenever they use the Internet.

YOBSN is breading so many great new ideas, like when a group of owners realized that they could use the fact that they were all connected together as one giant social network to reach out to owners around the world and come together for even bigger causes. It is not uncommon now for YOBSN owners to post information about other causes to all their portal users and for other users to pick up that thread and spread it to their users.

Thanks to YOBSN and this true spirit of connecting together for a common good and thousands of minds all working together to find new and unique ways to help people around the world, a totally new form or charity organization was formed. Without YOBSN it would be impossible for it to even exist. Invisible Blessings was formed when one YOBSN owner notices that hundreds of their user had disappeared overnight and started discussing it with other YOBSN owners who were seeing the same thing. The cause of the problem turned out to be Typhoon Haiyan in the Philippines that displaced 10's of thousands of users. Now they had something more serious in common a desire to help their own people. Thanks to YOBSN Invisible Blessings was formed and now holds regular global, online auctions to help those users effected by this tragic event. Invisible Blessings was able to do in weeks what would have taken years to do. It is just one more way that YOBSN is helping to make the world a better place.

For more information on Smart Media, go to http://smartmediacommunications.com.

For more information on Invisible Blessing, go to http://InvisibleBlessings.com.