When the Snow Flies: Playing it Safe with Tips from Topical BioMedics, Inc.

Clearing snow is not just a necessity—it may be hazardous to our health as snow shoveling accidents and injuries send more than 11,500 men, women, and children to the emergency room each year. Topical BioMedics, Inc., offers tips for safe snow removal. 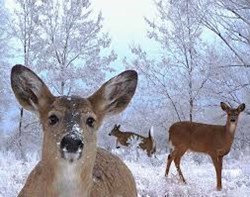 Snow is beautiful...But the winter wonderland does have its downside when snow piles up on driveways and walkways

The most common snow-related emergency diagnoses were soft tissue injuries, lacerations, and fractures, with the lower back being the most frequently injured part of the body.

Ah, the snowy peaks and valleys of winter. When the snow flies, it’s fun to bundle up and build snowmen, make snow angels, catch snowflakes, and go skiing, snowshoeing, sledding, snowboarding, and skating. But the winter wonderland does have its downside, as alas there’s also all that pesky snow piled up on driveways and walkways to contend with…Not to mention the hazardous icy patches that may be lurking underneath mounds and drifts.

Snow shoveling (and snow blowing) may not be on the Top 10 List of Fun Things to do…But when people live in a region that gets its fair share of the white stuff, dealing with the inconvenience is a must.

Clearing snow is not just a necessity—it may be hazardous to our health. A 17-year study of 100 emergency departments conducted by researchers at the Center for Injury Research and Policy of The Research Institute at Nationwide Children's Hospital found that an average of 11,500 snow shoveling-related injuries and medical emergencies were treated in ERs annually from 1990 to 2006. These findings were announced in the January 2011 issue of the American Journal of Emergency Medicine.

More recently, according to the 2009 U.S. Consumer Products Safety Commission, approximately 16,500 people were treated in hospital ERs for injuries related to manual snow and ice removal.

Clearly the soft, pretty, powdery white flakes are a force to be reckoned with when they accumulate.

THE SLIPPERY SLOPE OF SHOVELING INJURIES
The most common snow-related emergency diagnoses were soft tissue injuries, lacerations, and fractures, with the lower back being the most frequently injured part of the body. Acute musculoskeletal exertion, slips or falls, and being struck by a snow shovel were the most frequent causes. While cardiac-related incidents accounted for only 7% of the total number of snow-shoveling emergencies, they were the most serious and responsible for 100% of fatalities.

As far as demographics go, two-thirds of shoveling injuries occurred in men, and 15% in children under 18 years old.

The non-ergonomic design of the snow shovel—which hasn’t changed in over a century—is one of the reasons why wielding one can be risky business. The handgrips are often lacking, the shovel length typically is too short for most people, and when they’re made from steel the shovel itself is very heavy. This inefficient design forces users to bend and twist while heaving snow, which can cause spinal injury.

The solution? Trade in your old model and get a more user-friendly one with a longer and curved pole, which decreases the risk of muscle injury. Select one that is made of lighter materials, such as plastic or aluminum, and your body will thank you every time Old Man Winter blows more snow your way.

NOT CHILD’S PLAY
Injuries are likely to occur when children either use a shovel the wrong way or play around with it. Among patients who receive emergency treatment for snow shoveling-related issues, children under the age of 18 are 15 times more likely than adults to be hurt from being hit by a snow shovel.

Prevention is the best medicine. According to Gary Smith, MD, DrPH, director of the Center for Injury Research and Policy at Nationwide Children's Hospital and professor of Pediatrics at The Ohio State University College of Medicine, “Shoveling snow can be a great outdoor activity for kids; however, it is important for parents to teach children the correct way to shovel snow and remind them that shovels are not toys. Many of the snow shovel-related injuries to children are the result of horseplay or other inappropriate uses of snow shovels."

TAKE SAFETY TO HEART
Even though cardiac-related injuries represented 7 percent of the total number of cases, they were the most serious, accounting for more than half of the hospitalizations and 100 percent of the fatalities. Those 55 years of age and older were more than four times more likely than younger individuals to experience cardiac-related symptoms, and among patients 55 years of age or older, men were twice as likely as women to have symptoms.

According to a report by Julie Garden-Robinson of North Dakota State University, those most at risk of having a heart episode during shoveling are people who have previously had a heart attack, individuals with a history of heart disease, those with high blood pressure or high cholesterol, smokers, and people who lead a sedentary lifestyle.

Dr. Smith states, “The cardiovascular demands of snow shoveling are increased by the freezing temperatures that typically accompany snowfall. Not only is the heart's workload increased due to shoveling snow, but cold temperatures also add to the chances of a heart attack in at-risk individuals. We recommend talking to your doctor before you shovel snow, especially if you do not exercise regularly, have a medical condition or are in a high risk group."

GOOD EXERCISE—WITH CAUTION
The good news is that, when done properly, snow shoveling is a great form of exercise. In fact, according to the Surgeon General’s Report on Physical Activity and Health, just 15 minutes of shoveling counts as moderate physical activity. Because of the exertion, there’s an aerobic quality to it, as well as some “weight lifting” elements.

Like any other form of exercise, it’s important to prepare your body for activity. A good pre-shoveling warm up is to take a 10-minute walk or march in place, adding arm movements and back stretches. Pace yourself by taking periodic breaks, and drink plenty of water to prevent dehydration. Finally, cool down and stretch afterwards.

It’s a good idea to check with your doctor before initiating snow shoveling or snow blowing, just as you would before starting any other exercise program. If you have a medical condition or do not exercise regularly, you may want to opt to hire someone to do the snow removal for you. .

SNOW-SMART TIPS
Predictions are that it’s going to be a particularly rough winter in many parts of the country, so it’s important to be aware of the best ways to protect your body and enjoy the season without incident or injury. Snow removal can be less painful and more pleasurable if you follow these snow-smart tips.

--Apply Topricin before and after going outside. Used beforehand, it helps maintain vibrant micro capillary blood flow in your extremities and helps maintain a more constant blood flow. Pay particular attention to neck, shoulders, lower back, and wrists, which take the brunt of the exertion when you shovel snow. Then apply Topricin afterwards as it stimulates maximum blood flow to chilled extremities, helping to get them warm more quickly. It also eases the aches and pains of exertion by helping the body to heal the damage that’s causing the pain.

--Dress for success. Light, layered, water- repellent and wind-resistant clothing provides the perfect combination of ventilation and insulation. Be sure to wear a hat, scarf, gloves/mittens, and warm socks, as well as boots with slip-resistant soles.

--Never let your breathing get heavy and labored, and don’t let your heart race—stop and rest whenever you feel your body is getting stressed. Take a break if you start feeling either too hot or too cold.

--Use an ergonomically designed shovel that is comfortable for your height and strength. If a shovel is too short, you’ll stoop, and if it’s too long or too heavy it will throw off your balance and make your movements awkward.

--When possible, clear snow early and often several times throughout the day. Begin when a light covering of snow is on the ground to avoid having to clear packed, heavy snow.

--The best way to clear snow is by pushing it, rather than lifting. Don’t throw the snow over your shoulder or to the side, which requires a twisting motion that can stress your back.

--Don’t try to clear deep snow all at once. If you need to lift, tackle small amounts of snow and lift with your legs by squatting with your legs apart, knees bent, and back straight. Then straighten your legs without bending at the waist, and walk to where you want to dump the snow.

--Don’t let a hat or scarf block your vision, and watch for ice patches, uneven surfaces, and any obstacles. If you are using a snow blower, be aware of where the power cord is at all times so you don’t trip over it.

Stop any time you feel pain. If you experience any chest pain, shortness of breath or other signs of a heart attack, immediately seek emergency care.

ABOUT TOPICAL BIOMEDICS, INC.
Topical BioMedics is the research and development leader in topical patented natural biomedicines for pain relief. The company’s flagship product, Topricin® Pain Relief and Healing Cream, was introduced in 1994 and is now a leading natural therapeutic brand. A combination homeopathic formula, Topricin was awarded a patent for the treatment of pain associated with fibromyalgia and neuropathy. Other formulas in the product line include Topricin Foot Therapy Cream and Topricin Junior for children (with 5% sales donated to pediatric cancer foundations).

All Topricin products are made in the U.S.A., formulated with approved medicines as found in the HPUS (Homeopathic Pharmacopoeia of the United States) and are in compliance with federal rules for homeopathic over-the-counter medicines. The products contain: no parabens, petroleum or harsh chemicals, are odorless, greaseless and non-irritating, and produce no known side effects, making them ideal and safe for the entire family.

More than 11,500 snow shoveling-related injuries and medical emergencies are treated in ERs annually

The most common snow-related emergency diagnoses were soft tissue injuries, lacerations, and fractures, with the lower back being the most frequently injured part of the body.

Safe, natural Topricin helps ease the aches and pains of shoveling by helping the body heal the damage that’s causing the pain

The snow shovel design has not changed in over 100 years! It's time to trade in your old model for one that's lighter and more ergonomic