Radio City Christmas Spectacular tickets are part of Tickethunteronline.com's "Home For The Holiday's" annual sale. Customers can get Broadway tickets for 20% off with promo code "wicked." 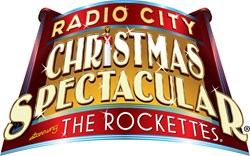 In 1885, John Tiller began choreographing groups of ladies in England. His Tiller Girls performed in a straight line and inspired a new type of tap dancing. When he saw them at the Ziegfeld Follies, Russell Markert dreamed of bringing the chorus line style to the USA. In 1925, he founded the Missouri Rockets in St. Louis, MO. After a showman named Samuel L. Roxy discovered their potential, they moved to New York City and changed their name to the Roxyettes. At the same time, people were excited about a new venue, Radio City Music Hall in Rockefeller Center. It was the Great Depression, and people needed a reason to smile.

When the girls appeared at the 1932 opening night as the Radio City Rockettes, they high-kicked their way into history. Their style is called a "tap and kick routine," and according to legend, they never miss a step. Both children and adults enjoy the kick line of 36 dancers, music, and 3-D special effects. As the orchestra plays holiday music, "The Parade of the Wooden Soldiers" marches across the stage, and Santa Claus gets ready to bring toys to children. Today, millions of people buy Radio City Christmas Spectacular tickets each year to see the beloved family show, so take your seats and "Let Christmas Shine."

Every winter, people cherish the Christmas season with Radio City Christmas Spectacular tickets. And if you're looking for the perfect gift, consider getting Radio City tickets for someone you love.

Featuring classic routines like "The Living Nativity," "The 12 Days of Christmas," and "The Nutcracker," this ninety-minute show presents Santa's workshop, fireworks, friendly rag dolls, and snow. And you might even see some dancing Santas. In 1994, producers began taking the Radio City Christmas Spectacular on the road. One group stayed in the Big Apple while another crew traveled to cities across the United States. When it comes to holiday concert tickets, Radio City provides the best.