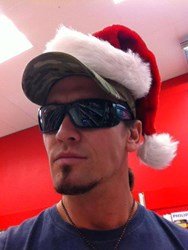 Madison Rising is on a mission to reignite authentic American culture through great rock music.

You’ve seen the video, now get the song – for free.

Madison Rising, America’s most patriotic rock band, is giving Americans the opportunity to download the band’s best-selling rock rendition of the Star Spangled Banner at no cost from now through Christmas Day. The download will be available until 11:59 PM EST on December 25th at: http://shop.madisonrising.com/collections/frontpage/products/the-star-spangled-banner-digital-download.

Madison Rising's widely acclaimed version of the Star Spangled Banner (video available at: http://youtu.be/c8C7i9kdEf8) has received over 4.9 million views to date and the band is confident they will hit their goal of 5 million by the end of the year.

“Awesome,” “deeply moving,” “chilling,” and “the best ever,” are just some of the superlatives used to describe Madison Rising’s rendition of the song that celebrates what being an American is all about.