Speedskaters will vie for a spot on Team USA at upcoming Olympic Trials. 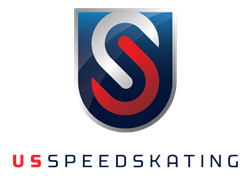 The U.S. Olympic Team Trials will be a pressure-packed, exhilarating competition at a venue with a storied history.

Utah is proud to remain one of the nation’s leading states for Olympic sports as it gears up to host the Speedskating U.S. Olympic Team Trials which will determine Team USA for the 2014 Winter Olympic Games in Sochi, Russia. Beginning Dec. 27, the 2013/2014 Olympic Trials will be held at the legendary Olympic Oval in Kearns, UT, known as the “fastest ice on earth.” In a joint effort by the United States Olympic Committee (USOC), US Speedskating, the Utah Olympic Legacy Foundation and the Utah Sports Commission, Utah is now the home of speedskating’s most vital Olympic competitions.

"Through the dedication and hard work of many key community partners, we have been able to keep Utah’s sport legacy alive," said Gary R. Herbert, Governor of Utah. "We are thrilled to once again welcome Olympic-level competition to Utah, and invite the entire community to come experience the Olympic spirit as athletes compete for their dreams and attempt to make history in 2014."

Fans who are not able to attend in person can watch live on NBC and NBC Sports Network. For the first time ever, the Speedskating U.S. Olympic Team Trials will air live with 13.5 hours of coverage across NBC affiliates throughout the country. The Long Track team will take the ice first, competing from Dec. 27, 2013 to Jan. 1, 2014, followed by the Short Track team from Jan. 2 – 5, 2014. By the completion of the nine-day competition, approximately 25 speedskaters, both male and female, will be named to the 2014 U.S. Olympic Speedskating Team.

"The U.S. Olympic Team Trials will be a pressure-packed, exhilarating competition at a venue with a storied history. The stakes are high as our talented pool of athletes will be competing for a limited number of spots on Team USA," said Ted Morris, Executive Director of US Speedskating. "We are thrilled that families, children and fans from near and far can experience this once-in-a-lifetime opportunity with us, all made possible by the Utah Olympic Legacy Foundation and the Utah Sports Commission. We are grateful for their efforts in bringing these events to Utah and building on the ‘state of sport’s’ reputation as a true home to winter Olympic sport and athletes."

ABOUT US SPEEDSKATING
US Speedskating has won 85 Olympic medals to-date, making it the most successful winter sport in U.S. history.