George J. Davies, DPT, ATC, CSCS, PES, FAPTA will be inducted into the American Orthopaedic Society for Sports Medicine’s (AOSSM) Hall of Fame at its Annual Meeting in Chicago, IL on Friday, July 12th. AOSSM Hall of Famers are individuals in the sports medicine community who have contributed immensely and set themselves apart from others in the field. 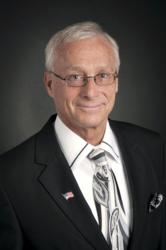 George J. Davies, DPT, ATC, CSCS, PES, FAPTA was inducted into the American Orthopaedic Society for Sports Medicine’s (AOSSM) Hall of Fame at its Annual Meeting in Chicago, IL on Friday, July 12th. AOSSM Hall of Famers are individuals in the sports medicine community who have contributed immensely and set themselves apart from others in the field.

He began his sports medicine career almost 50 years ago when he started as a student, assistant and then head athletic trainer. He has been involved in the clinical practice of sports physical therapy/athletic training, since 1965. He still maintains an active clinical practice at Coastal Therapy in Savannah, GA and Gundersen Lutheran Sports Medicine in LaCrosse, WI. He has been actively involved in sports coverage as an athletic trainer/sports physical therapist at a variety of sporting events, including:

He received his bachelor’s degree in health and physical education; masters of education with specialization in exercise physiology and athletic training from the College of New Jersey; Physical Therapy Certificate from Columbia University, NY, and Doctor of Physical Therapy from MGH Institute of Health Professions in Boston, MA.

Dr. Davies is an internationally known speaker who has presented at hundreds of conferences throughout the world on sports medicine, sports physical therapy, athletic training, shoulder, knee, open and closed kinetic chain topics, orthopaedics, rehabilitation and isokinetics. He has published more than 200 articles and research abstracts, written several books and has contributed chapters to more than 40 books.

Dr. Davies was the original co-founder and co-editor of The Journal of Orthopaedic and Sports Physical Therapy (JOSPT). To honor Dr. Davies’ achievements, at the 25th anniversary of JOSPT, they honored him with the creation of the George J. Davies- James A. Gould Excellence in Clinical Inquiry Award. This award is given to the best published paper each year. He also is one of the original Associate Editors for Sports Health: A Multidisciplinary Approach. He has been a member of the AOSSM for more than 25 years and published in AJSM, presented several instructional courses, served on the Education Committee, and developed the AOSSM-SPTS Pre-Conference course at the annual meeting in 1994. Dr. Davies is also a US Marine Corps veteran.

Awards/honors for Dr. Davies include:

The American Orthopaedic Society for Sports Medicine (AOSSM) is a world leader in sports medicine education, research, communication and fellowship, and includes national and international orthopaedic sports medicine leaders. The Society works closely with many other sports medicine specialists, including athletic trainers, physical therapists, family physicians, and others to improve the identification, prevention, treatment, and rehabilitation of sports injuries. AOSSM is also a founding partner of the STOP Sports Injuries campaign to prevent overuse and traumatic injuries in kids. For more information on AOSSM or the STOP Sports Injuries campaign, visit http://www.sportsmed.org or http://www.stopsportsinjuries.org.