The SEC has now adopted final rules lifting an 80 year old ban on general solicitation and allowing hedge fund managers to advertise. Riveles Law Group believes the decision represents a necessary modernization of the securities laws in so far it will increase public transparency regarding the alternative investment industry, including hedge funds and facilitate capital formation and ultimately enhance the capital markets while ensuring that only accredited investors will participate in such offerings. 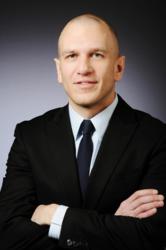 Lifting the Ban on General Solicitation is a necessary modernization of the rules governing private funds and will facilitate increased industry transparency.

On July 11, 2013 the Securities and Exchange Commission (the “Commission”) adopted amendments to Rule 506 of Regulation D of the 1933 Act (“Rule 506(c)”) (SEC Release No.33-9415; No. 34-69959; No. IA-3624; File No. S7-07-
12) implementing changes mandating by the Jumpstart Our Business Startups Act (“JOBS Act”). Rule 506(c) permits an issuer to engage in general solicitation or general advertising in offering and selling of securities under Rule 506 provided such issuer reasonably believes and takes “reasonable steps” to verify that all investors in such offering are “accredited.” The amendments also include a non-exclusive list of methods issuers may use to satisfy the verification requirements of 506(c).

In separate releases the Commission also adopted rules disqualifying “felons and other ‘bad actors’ from participating in Rule 506 offerings (SEC Release No. 33-9414; File No. S7 -21-11) and proposed rule changes to Regulation D, Form D and Rule 156 of the Securities Act, including a requiring additional information on Form D, the filing of Form D 15 prior to engaging in general solicitation and submission of written solicitation materials to the Commission on a confidential basis, among other changes (SEC Release No. 33-9416; Release No. 34-69960; Release No.IC-30595; File No. S7-
06-13). Rule 506(c) becomes effective 60 days after its publication in the Federal Register.

A.    “Principles-Based Approach” to Determining Whether Reasonable Steps to Verify Accredited Investors Status

In keeping with its proposed rules, the Commission adopted a “principles-based approach” to determining whether reasonable steps were taken to verify the accreditation of an investor., according to hedge fund attorney Simon Riveles. This approach relies on an objective determination by the issuer in the context of the particular facts and circumstances of each transaction and purchaser involved. An issuer should consider a number of factors when determining the reasonableness of steps taken to verify including:

When considered together these factors will enable an issuer to assess the reasonable likelihood that an investor is accredited. By way of example, the reasonable steps needed to verify the status of a registered broker dealer (which can be done readily with an internet search on Edgar) will not be the same as those needed to verify the qualification of a natural person. When ready verification is more difficult, such as in the case of a natural person, the more information an issuer has indicating a prospective purchaser is accredited the fewer steps are needed to verify, and vise versa. Publicly available information, in federal or state securities filings, disclosing a prospective purchaser’s qualification, copies or information regarding where a prospective purchaser works (such as an industry publication indicating that average annual salary for an employee of the purchaser’s type) is information an issuer may reasonable rely on to determination accreditation. In regard to the manner and terms of an offering, if solicitation was conducted on a website accessible to the general public or through a widely disseminated email, an issuer is likely to be required to take greater measures than if investors were culled from a pre-screened database of accredited investors compiled by a registered broker dealer, for instance. If the terms of the offering require a high minimum investment amount and a purchaser is able to meet those terms, then the likelihood of that purchaser satisfying the definition of accredited investor may be sufficiently high such that, absent any facts that indicate that the purchaser is not an accredited investor, it may be reasonable for the issuer to take fewer steps to verify or, in certain cases, no additional steps to verify accredited investor status other than to confirm that the purchaser’s cash investment is not being financed by a third party. The Commission noted however that regardless of the factors involved in each individual determination, it is important that issuers retain adequate records that document the steps taken to verify.

In addition to the principles based approach to verification, the Commission specified four non-exclusive methods of verifying accredited investor status for natural persons that if used are deemed to satisfy the verification requirement:

The Commission also adopted amendments, to be codified as Rule 506(d), providing for the disqualification of felons and other ‘bad actors’ from Rule 506 Regulation D offerings, as mandated by the JOBS Act. Disqualifying events include:

Additionally, the Commission proposed rule changes that would significantly increase the compliance requirements applicable to Rule 506(c) offerings. As proposed, the rule changes would:

The proposed rules will be subject to public comment for 60 days after publication. Importantly, the proposed rule changes will not be effective before Rule 506(c) becomes effective. Neither the Staff nor the Commission discussed any potential transitional provisions that would impose these requirements on issuers conducting offerings under Rule 506 prior to their effectiveness, although that issue may be addressed in the proposing release when it becomes available.