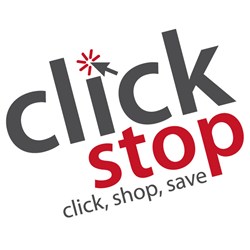 One of our core values is ‘Think Big and Make it Happen’ and our growth over the past two years is particularly evident of that belief.

As a sister publication to the widely distributed and referenced “Top 500 Guide,” which has become known as the “Bible of the E-Commerce Industry,” the Second 500 Guide lists e-retailers who are ranked from 501 to 1000 by annual online sales.

The announcement highlights another year of strong growth for Clickstop, which boasted a 24% increase in web sales from 2011 to 2012. The publication also ranks Clickstop at #2 in the merchandising category for mass merchants.

Clickstop was founded by CEO Tim Guenther in 2005 when he began selling ratchet straps and other cargo control merchandise on what has now become the company’s flagship site, USCargoControl.com. The company also operates nine additional online stores, including SpaceSavers.com, EcoFoil.com, and BellyBling.net, and is an end-to-end retailer, with staff doing everything from researching new merchandise offerings to shipping products out to customers.

In addition to revenue growth, the company has also experienced growth in staff, physical space, and capabilities in 2012 and the first half of 2013.

In December, a warehouse expansion added nearly 43,000 square feet, while the number of employees has grown from 49 to 74 over the past six months. The expansion and the staffing increase were both fueled in part by the creation of a sewing and assembly division for the US Cargo Control division. The move brought the development and production of the company’s tie down straps in house, as a way to offer a wider selection of products and better control quality.

Another growth event for the company in 2012 was the development of a new website, JustPlasticBoxes.com. The brand capitalizes on the quickly expanding market of home organization by offering bulk quantities of plastic storage boxes at wholesale prices.

Guenther attributes Clickstop’s growth to a precise mix of product merchandising and search engine marketing, as well as the ability to stay focused on the big picture.

“We’re constantly looking for ways to improve,” said Guenther. “One of our core values is ‘Think Big and Make it Happen’ and our growth over the past two years is particularly evident of that belief.”

As Clickstop continues to widen its reach to untapped markets, another new website targeting the fastener industry is planned to launch later this year.

Based in Urbana, Iowa, Clickstop is an end-to-end e-commerce business that fulfills orders from ten different online stores and has been repeatedly recognized for its growth. In 2013 Clickstop celebrated another year on the Corridor Business Journal’s Fastest Growing Companies list, making it the first company to make the list for five consecutive years. For more information, visit http://www.Clickstop.com.