Latest study by Queendom.com (subsidiary of PsychTests.com) reveals that when it comes to perfectionism, a little goes a long way. 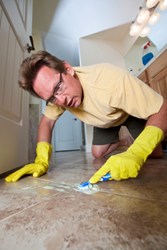 Wanting to be perfect will just make you perfectly miserable.

Perfection may seem like a noble goal, but when extreme, it becomes a hindrance.

It may be time to redefine our beliefs about what it means to be perfect. Striving to do well in school, at work, as a parent and as a member of society is an admirable goal, but as Queendom’s study of 1,206 people who took their Perfectionism Test reveals, wanting to be perfect will just make you perfectly miserable.

Perfectionists can appreciate, with a certain sense of bitterness, the fruitless toils of Sisyphus. Struggle as they might to be perfect, they just never manage to attain this lofty goal. This isn’t to say that working hard has little value. Doing your best is one thing – trying to be perfect is a whole other mess.

Queendom’s study results reveal that while the determined efforts of Extreme and Moderate Perfectionists do pay off in some cases, Low Perfectionists appear to be happier and better adjusted overall.

Here are some highlights from Queendom’s statistics:

When dealing with set-backs:

When reacting to time limits:

“The implication here isn’t that working hard and trying your best is pointless or unhealthy,” points out Dr. Jerabek, president of the company. “In some cases, perfectionists will produce better quality projects, but it can come at a cost. The bottom line is that while low perfectionists may not always be the top performers, they don’t fear failure, they learn from but don’t make a big deal of mistakes, and they don’t make being the best their top priority. And as a result, they are happy with themselves and have better self-esteem.”

“While we would still advise that people strive to do their best in whatever endeavor they take on, we also suggest moderation. Perfection may seem like a noble goal, but when extreme, it becomes a hindrance. Often times, ‘good and on time’ is better than ‘perfect but late’. Set high but achievable goals, use errors and failures as lessons learned, and view success as a pleasant by-product of your journey through life – not as your raison d’être,” concludes Dr. Jerabek.

Those who wish to take the Perfectionism Test can go to: http://www.queendom.com/tests/access_page/index.htm?idRegTest=3051

About PsychTests AIM Inc:
PsychTests AIM Inc. originally appeared on the internet scene in 1996. Since its inception, it has become a pre-eminent provider of psychological assessment products and services to human resource personnel, therapists, academics, researchers and a host of other professionals around the world (see ARCHProfile.com). PsychTests AIM Inc. staff is comprised of a dedicated team of psychologists, test developers, researchers, statisticians, writers, and artificial intelligence experts. The company’s research division, Plumeus Inc., is supported in part by Research and Development Tax Credit awarded by Industry Canada.