Nationally-Renowned Grief Expert Releases New Strategies for Coping with Job Loss in an Unpredictable Market: How To Get Back to Work

With so many people out of work, it is important to make a move to stand out. Nationally renowned grief expert, Edy Nathan MA, LCSW-R talks about the loss of a job and how it results in the response of grief. 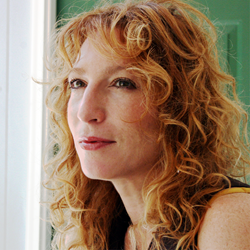 In the current job market, grief is ever-present.

The current job market has left many people out of work. But nationally-renowned grief expert Edy Nathan says the period after job loss is exactly the time to make a move toward standing out during a job search. She describes the process as “meeting The Illusionist and The Magician within.”

Edy Nathan MA, LCSW-R says after job loss or rejection, grief often plays into a lack of self-confidence and feelings of imbalance. As a result, grief can erode an individual’s sense of self on a daily basis, and unfortunately, in the current job market grief is ever-present. But, Nathan says the powers of illusion and magic can help people to get back on track.

Nathan explains, "A few nights ago I saw a magic show with some friends, and during the program the illusionist said ‘nothing you’re about to see is true and everything is false.’" Nathan says his comment led her to think about what people show to the world and themselves with the gift of illusion.It also tapped into her existing ideas about how illusion could be used to help people in the job market.

According to Nathan, this gift becomes most evident when a person is faced with a job interview. She says the clothing decided upon, the make-up, and the mental preparation is part of the development of the inner illusionist. Carrying the illusion to fruition is the role played by the magician within. The Illusionist goes into a job interview knowing that what is being projected is part of a persona reflecting confidence, refinement and presence. Meanwhile, The Magician makes it happen, shifting personas depending on different variables.

However, Nathan says this scenario can still be affected by negative feelings. “Fear and disillusion will emerge when you believe that the interviewer can figure out that you are merely an illusionist, but this is the time for you to counter the negative thinking and change it.” She suggests self-talk using phrases such as these:

“When you act like you can do it, imagine it and walk the walk, you’re being more than just an illusionist. You are owning the power that illusion yields, so go out and get that job,” says Nathan.

About Edy Nathan:
Edy Nathan is a licensed psychotherapist with over 20 years of experience specializing in the integration of psychotherapy and the world of spirituality. For two seasons she was the therapist on the A&E TV Show, “Psychic Kids.” She holds Masters from both New York University and Fordham University. She has post-graduate training from the Ackerman Institute for Family Therapy, The Gestalt Center and the Jungian Institute. She is a certified EMDR practitioner, regression therapist, certified hypnotherapist and grief expert. To find out more, visit EdyNathan.com.