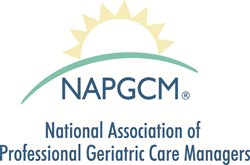 'Seniors are being unfairly charged thousands of dollars and denied needed rehabilitation services,' said Jullie Gray, NAPGCM President. 'Care managers are having some success in helping seniors avoid this Medicare trap, but the law needs to be changed.'

A report released today by the HHS Inspector General and a survey of aging experts by the National Association of Professional Geriatric Care Managers (NAPGCM) demonstrate the need to better protect seniors' access to nursing home care. The NAPGCM survey found that senior citizens are increasingly being denied needed rehabilitation care and socked with unexpected medical bills as the result of a growing trend of labeling Medicare hospital stays as “observation” visits. The OIG report and NAPGCM survey come days before the expected release of final observation status regulations by Medicare and as Congress is considering legislation to stop the problem.

The NAPGCM survey of 315 geriatric care managers from around the nation was fielded July 12-16, 2013. Among the survey’s key findings:

Over 80% of the geriatric care managers surveyed said that inappropriate hospital observation status determinations by Medicare are a significant problem facing seniors in their community. Additionally, 75% of those responding said that the problem is increasing in their community.

Over 81% of the care managers polled identified failure to receive needed rehabilitation or other services as a major problem stemming from unfair observation status rulings. Additionally, 79% of those surveyed cited that the rulings lead to financial hardship on seniors and their families and 75% cited emotional stress as a significant negative impact of the rulings.

70% of the geriatric care managers responding said that contacting a hospital physician was the most helpful action step that can be taken to resolve problems associated with inappropriately being classified as in “observation status”.

“Seniors are being unfairly charged thousands of dollars and denied needed rehabilitation services,” said Jullie Gray, NAPGCM President. “Care managers are having some success in helping seniors avoid this Medicare trap, but the law needs to be changed,” she added.

The OIG report found that 1.5 million Medicare hospital stays in 2012 were classified as observation visits. A key issue is that classification as an observation visit may make a senior ineligible for Medicare coverage of often- needed rehabilitation following a stay at a hospital. Current Medicare law requires a patient to be in the hospital, classified as an inpatient, for three days in order to have Medicare cover the costs of rehabilitation in a skilled nursing facility (SNF). The new OIG report found that over 600,000 Medicare beneficiaries had hospital stays that lasted 3 nights or more but did not qualify them for SNF services.

In response to the NAPGCM survey, a certified geriatric care manager, Mary Ann Wonn of Boston, cited the example of a 76 year- old woman who went to the emergency room when she experienced sudden pain in her leg and was not able to put weight on it. The woman was diagnosed with a blood clot in her leg and stayed in the hospital for 5 days, receiving medications for the clot and pain. After 5 days she was stable but still unable to walk and could not safely go home. So she was sent to a rehabilitation facility for further rehabilitation. The woman’s family said there was nothing about her hospitalization that flagged her status was anything but that of an inpatient. However, at the time of hospital discharge, they found out that their mother was classified as under observation status. As a result, Medicare would pay nothing for her rehabilitation stay in a skilled nursing facility. Ms. Wonn, who was hired by the family at this point, encouraged them to follow up regarding the observation status determination, but they did not want to pursue it as they were too emotionally drained.

“It was very unfortunate that this took place – if I had been involved while she was in the hospital, I would have advocated for her to be admitted as an inpatient,” said Ms. Wonn.

Legislation aimed at fixing the problem has gained bipartisan support in the U.S. House and Senate. The "Improving Access to Medicare Coverage Act” ( H.R. 1179/S.569) would allow “observation stays” to be counted toward the three day mandatory inpatient hospital stay for Medicare coverage of skilled nursing facility services. NAPGCM has signaled its support for this legislation and is participating in a coalition advocating its passage.

The National Association of Professional Geriatric Care Managers (NAPGCM) was formed in 1985 to advance dignified care for older adults and their families. Geriatric Care Managers are professionals who have extensive training and experience working with older people, people with disabilities and families who need assistance with caregiving issues. They assist older adults, who wish to remain in their homes, or can help families in the search for a suitable nursing home placement or extended care if the need occurs. The practice of geriatric care management and the role of care providers have captured a national spotlight, as generations of Baby Boomers age in the United States and abroad. For more information or to access a nationwide directory of professional geriatric care managers, please visit http://www.caremanager.org