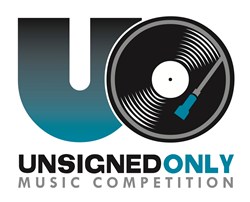 The mentoring opportunities provided are nothing short of incredible

Nashville, TN: Unsigned Only Music Competition has announced its finalists for the 2013 competition. Now in its second year, Unsigned Only received more than 9,000 entries from over 100 countries worldwide. Winners are selected by a panel of high-profile recording artists and influential music journalists. Winners will be announced by August 31, 2013.

For a complete list of finalists, go to http://www.unsignedonly.com/winners.

All finalists are also posted on the Unsigned Only Facebook page at http://www.facebook.com/UnsignedOnly and the public can vote for its favorite artist. Voting will take place until Friday, August 26, 2013, and the overall “Fandemonium” winner will be announced with the rest of the Unsigned Only winners. The Fandemonium winner is completely separate from the regular winners selected by the Unsigned Only judges.

There will be a First and Second Place winner in each category as well as an Overall Grand Prize winner. Categories include: Adult Album Alternative (AAA); Adult Contemporary (AC); Christian; Country; Folk/SingerSongwriter; R&B/Hip-Hop; Rock; Pop/Top 40; Teen; and Vocal Performance.

Produced by the same team behind the prestigious International Songwriting Competition (ISC), Unsigned Only offers a fresh and novel approach to other music competitions. Designed for artists who are not signed to a major record label, Unsigned Only's goal is to discover outstanding artists and help them further their music career.

As part of the prize package, the Grand Prize winner will be awarded the opportunity to directly network with, and be mentored by, the top echelon of record company professionals, including label presidents and A&R executives. This is an unprecedented opportunity that allows the winner to receive advice and guidance from top executives who are the decision makers in the industry.

According to last year’s Grand Prize winner, Lara Johnston, "Being the Grand Prize winner of Unsigned Only has been a definite high point of my career thus far. The mentoring opportunities provided are nothing short of incredible; I've had in-depth conversations with the uppermost gatekeepers and leaders of the music industry. I can't think of another music competition that would provide an unsigned artist the chance to have a face-to-face meeting and showcase with Monte Lipman, President and CEO of Universal Republic Records and Wendy Goldstein, the label's Senior VP of A&R. Since winning Unsigned Only, I've garnered invaluable advice from a rich variety of perspectives, and I've had the chance to start relationships with people who can truly help me in my career.”

For more information, please contact Candace Avery at 615.251.4441 or cavery(at)unsignedonly(dot)com.

For entry and general information, please go to http://www.unsignedonly.com.