Liposuction Guru Dr. David Amron Released a Report That Shows 50 Percent of His Patients Travel to Los Angeles to Get Liposuction From Him

Dr. David Armon, named the guru of liposuction by Entertainment Tonight, reports that 50 percent of his practice are patients that travel to Los Angeles to get liposuction. More and more people are opting to travel to experts to get plastic surgery. 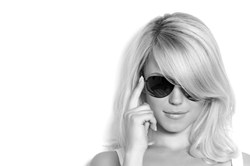 In the United States, liposuction was among the top 5 most popular cosmetic procedures according to the American Society of Plastic Surgeons (ASPS). In the same study, ASPS reported that Los Angeles, California and the surrounding region reported the highest percentage of liposuction procedures performed.

Dr. David Amron, a liposuction specialist in Beverly Hills, California recently released a report measuring the number of his patients that traveled to Los Angeles to get liposuction. The report found that more and more people are traveling to get cosmetic surgery from the specialists. In fact 50 percent of Dr. Amron's liposuction patients traveled to Los Angeles area for liposuction. Dr. Amron has been dubbed the Guru of Liposuction by Entertainment Weekly and has been featured in numerous articles and television shows including The Wall Street Journal and the Today Show. His results and proven success have made him one of the most sought after cosmetic surgeons not only in Beverly Hills, but around the world.

According to Dr. Amron, about half of his patients come from outside the Los Angeles area. He reports that more and more are coming from overseas from places like Middle East, Europe, and Asia. He even reports patients coming from South America and Australia. Most of these patients travel to see specialist’s like Dr. Amron.